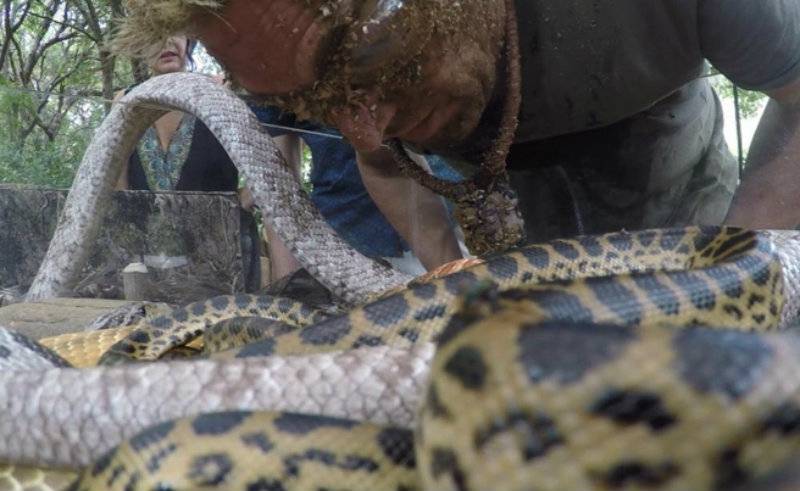 The former test cricketer was bitten on the South African jungle set of I’m A Celebrity...Get Me Out Of Here! during the latest challenge on the Network Ten reality show.

In the show‘s Tucker Trial segment, Warne had to collect stars, which represented meals for his hungry camp mates, using only his mouth in the race-against-time challenge.

Host Dr Chris Brown had warned Warne beforehand to be careful, as the snakes will be able to smell a rat on him and think he is food.

Warne received some small marks, but will bear no permanent scarring.

“The juvenile anaconda is the one that actually struck Shane,” a Network Ten spokesperson told the news.com.au website. “It’s non-venomous but very aggressive.

“Anacondas have 100 rear-facing teeth. Being bitten by one is like getting 100 hypodermic needles at once.”

The 46-year-old retired spin bowler dipped his head into a box full of slithering snakes and yelped as a feisty anaconda moved upwards and nipped him on the head.