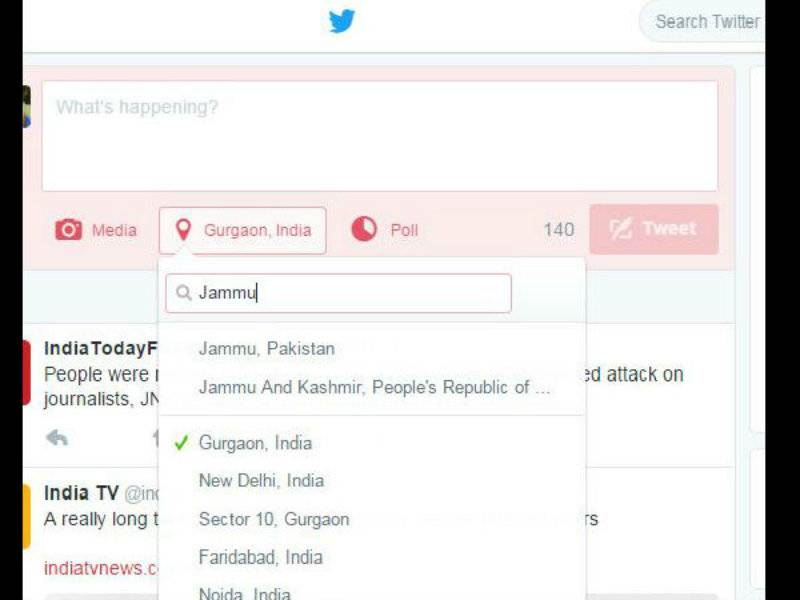 Micro-blogging website is facing a lot of criticism from the Indian users on social for showing the region of Jammu and Kashmir as parts of Pakistan and China.

Twitter enables users to tag a place in their tweets. The users can either select their current location automatically (by GPS) or manually select a location option by typing the name of the city.

Twitter has not given any clarification on the issue yet.

Kashmir has been divided between rivals India and Pakistan since the two countries became independent in 1947. Both claim the territory in full.

Since 1989 several groups have been fighting Indian soldiers deployed in the territory, demanding either independence or a merger of the region with Pakistan

In 2013, Google also made a similar error and received a lot of flak from the Indian user. The search engine giant accidently showed Arunachal Pradesh as part of China. The Google Map site for China showed the north-eastern states and Kashmir as part of China, too.

However, when a user browsed Google Maps from India they were shown a different map, with AP and Kashmir as part of India.