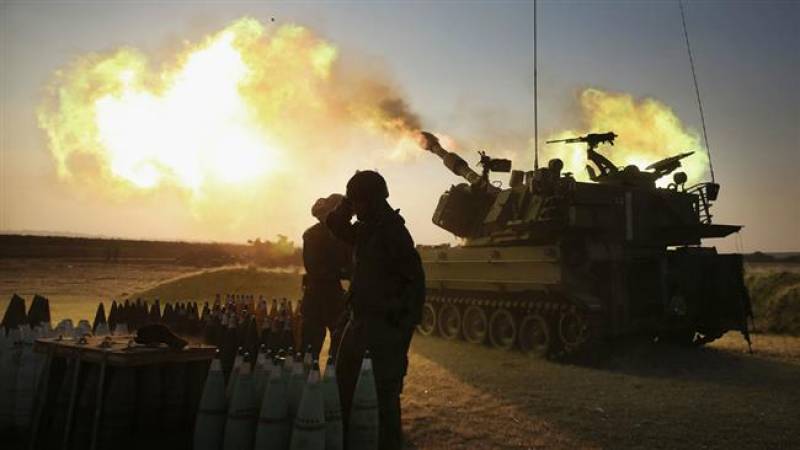 TEL AVIV - At least two Palestinians were killed after Israeli warplanes and battle tanks have targeted the southern part of the Gaza Strip as the Tel Aviv regime goes ahead with its acts of aggression against the besieged Palestinian coastal sliver.

The Israeli military claimed in a statement on Saturday that it had struck an observation post belonging to the Palestinian resistance movement, Hamas, east of Khan Yunis city after an explosive device was detonated on an Israeli military patrol near the border between the occupied territories and the enclave.

There were conflicting reports about the casualties of the border explosion.

Reuters and the Associated Press said that four Israeli troops had been wounded in the blast, while Lebanon’s Arabic-language al-Manar television network reported that one Israeli trooper had been killed and two others sustained serious injuries in the explosion.

There were no initial reports of injury in the Israeli tank fire against the Gaza Strip.

The Israeli military frequently bombs the Gaza Strip, with civilians being the main target of such attacks.

Israel has launched several wars on the Palestinian coastal sliver, the last of which began in early July 2014. The military aggression, which ended on August 26, 2014, killed nearly 2,200 Palestinians. Over 11,100 others were also wounded in the war.

The Gaza Strip has been under an Israeli siege since June 2007. The blockade has caused a decline in the standards of living as well as unprecedented levels of unemployment and unrelenting poverty.

The Israeli regime denies about 1.8 million people in Gaza their basic rights, such as freedom of movement, jobs with proper wages as well as adequate healthcare and education.