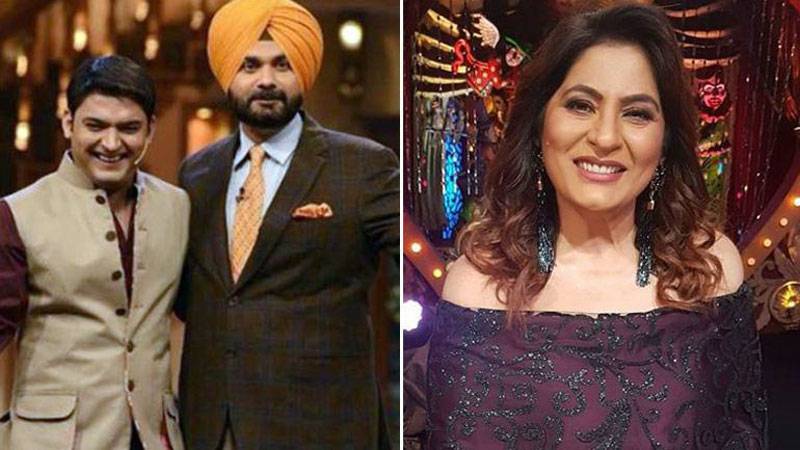 According to the Indian daily IANS Archana has not replaced Sidhu permanently as,  the actor had clarified over the phone: "No, I haven't replaced him. I have not received any official information from Sony Entertainment Television or anyone to be a permanent part of the show  "I shot two episodes for 'The Kapil Sharma Show' before the Pulwama attack. He (Navjot Singh Sidhu) was busy somewhere due to which the channel approached me for shooting two episodes, and I did it."

Will she accept an offer to step into Sidhu's shoes officially?

The replacement was a reaction of  Sidhu's statement about the Pulwama attack in a media interaction, The former player had said that nations cannot be held responsible “for the dastardly acts of terrorists” and that terrorists have no religion.

He had added, “There are good, the bad and the ugly. Every institution has it. Every nation has them. The ugly need to be punished. But individuals cannot be blamed for the dastardly act.”

NEW DELHI - Renowned Indian comedian Navjot Singh Sidhu has been sacked by Sony TV after his comments on the Pulwama ...

The comments had inspired widespread condemnation and Sony had been pressured to give him the boot from the show by social media users. Sidhu later claimed that his comments were “distorted” and while the country comes for him first, he stands by his statement that terrorism has no dharam, mazhab, zaat aur desh (religion, caste or country).

Salute to the Martyrs father, may God give him strength to bear this irreparable loss pic.twitter.com/kCkWNJPVMv

“Mere liye hamesha hi desh pehle tha (For me the country had always been first)… but I stand by what I said yesterday (Friday) and I cannot blame an entire nation for an act done by a few cowards..,” he had shared.

What is your say on this? Share your views with us in the comments section below.