Curtly Ambrose and Simon Taufel are coming to watch PSL5 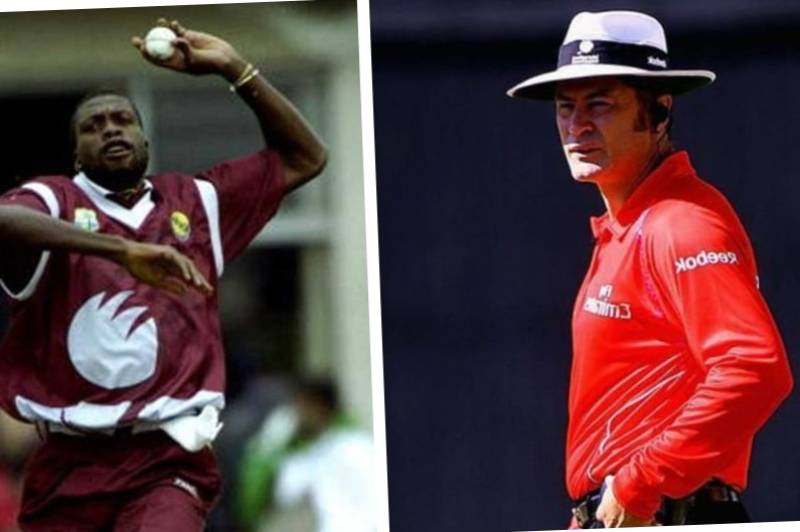 The two legends of the cricket world are coming to Pakistan today and you would surprise to know their names. One of them is former West Indian Bowler Curtly Ambrose and former Australian ICC Elite Umpire Simon Taufel.

The two famous names will stay in the city of lights and hub of economic activities, Karachi and expected to watch matches of PSL season 5. These will be their first known visit of Pakistan after very long time since the retirement from the cricket.

Curtly Ambrose and Simon Taufel will not only meet Pakistani cricketers in Karachi but they will also visit famous public places of the city, and also interact with their fans in the cricketing city.

These two cricket stars are coming to Pakistan on the invitation of the renowned cricketing critic Dr Kashif Ansari, who has been the perfect ambassador to promote Pakistan cricket internationally and at the same time showcasing Pakistan’s soft image for inviting International cricketers and countries to come and play in Pakistan.

They will also visit Omair Sana Foundation Thalassemia Center and visit the affected patients. Also, former cricket captain will host a dinner in their honor. They have been invited by IG Sindh, Kaleem Imam and Business Community of the city.

The purpose of their tour is to promote the soft image of Karachi and Pakistan being a safer city for the international cricket events, foreign tourists and businessmen.

Sir Curtly Elconn Lynwall Ambrose played 98 Test matches for the West Indies. Considered by many as one of the greatest fast bowlers of all time, he took 405 Test wickets at an average of 20.99 and topped the ICC Player Rankings for much of his career to be rated the best bowler in the world.

Simon James Arthur Taufel is a former Australian cricket umpire who won five consecutive ICC Umpire of the Year awards between 2004 and 2008, and was generally considered to have been the best umpire in the world during his time.

Barry Wilkinson, a famous sports commentator, is also coming to Pakistan. He came to Pakistan last year along with Micheal Holding and also watched few of PSL matches.