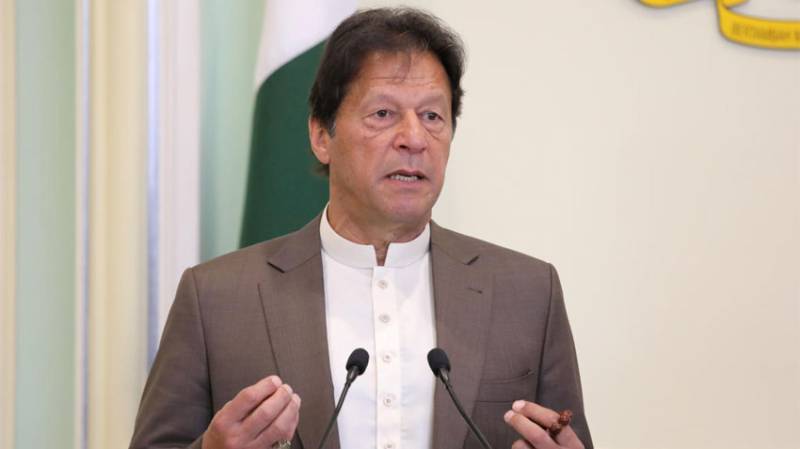 LAHORE - Prime Minister Imran Khan on Friday lashed out at the opposition, which has planned to put pressure on the PTI government by launching a protest march and tabling no-confidence motion in the parliament.

While addressing a public meeting in Mandi Bahauddin, the premier said that the corrupt opposition parties are attempting to bring a no-confidence motion against him just to save the looted money.

Earlier this month, Pakistan Democratic Movement (PDM) chief Fazlur Rehman announced the opposition alliance had decided to move a no-confidence motion against PM Imran Khan. Fazl said the alliance would contact the government's allies and take them on board to acquire a voting majority in the National Assembly to bring a no-confidence motion to oust Khan from the office.

Hitting out at Sharif family, the premier said that PML-N President Shehbaz Sharif is nominated in money laundering case. “Why are you [Shehbaz] running from courts if you are honest?” he questioned.

Giving a challenge to the opposition, PM Khan said that he is fully prepared to face whatever they have planned.

He predicted that the opposition would again face defeat and end up in jail, saying he will not give them any “NRO” like they got from former military ruler Pervez Musharraf.

“NRO will not be given to them until they return the public money,” he reiterated his resolve.

Referring to Maryam Nawaz’s claims that she has tapes of various government officials, the prime minister said: “It is a practice followed by mafias and not the politicians”.

While talking about growing inflation, the premier said that it has definitely increased but added that efforts are being made to transfer fewer burdens onto public.

He said that the inflation has been triggered by the coronavirus pandemic across the globe, adding that journalists should tell facts to public.