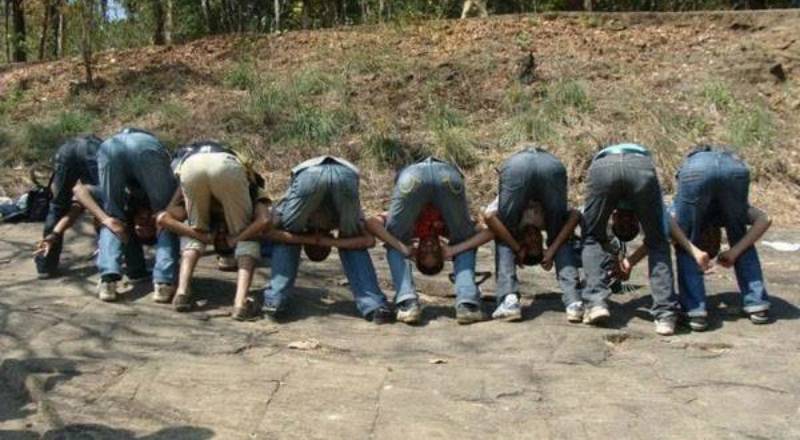 KARCHI (Staff Report) - Stunt riders have always been a nuisace for Pakistani people, especially at public places and main highways.

Hundreds of young bikers lose their lives on roads every month, while performing one-wheeling or other stunts. 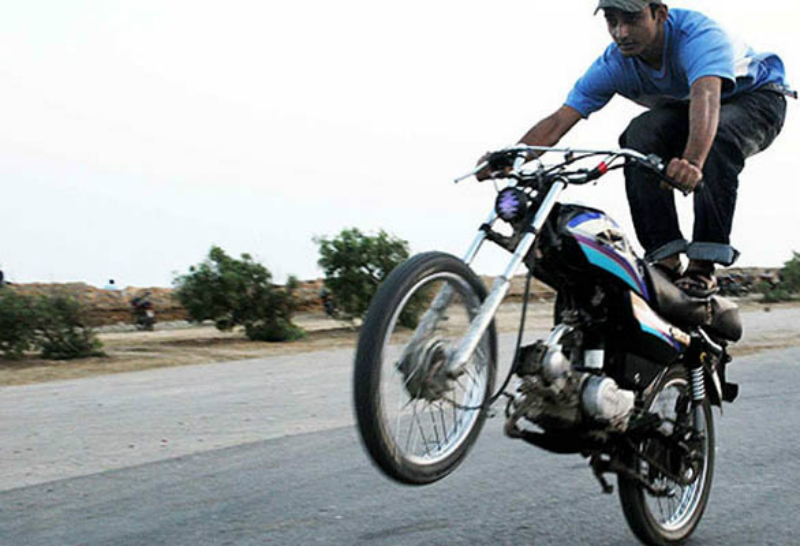 On the other hand, police in Pakistan are famous for using traditional methods to teach such troublemakers a lesson. 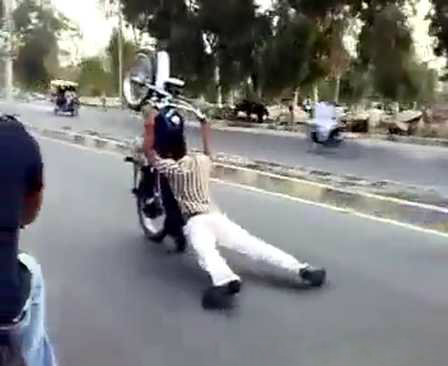 In a rare scene from Do Darya Track near Karachi’s Sea View, nearly half a dozen bikers are seen held by police in a video recently posted on Facebook.

Do dariya track me biker racers

Using the famous Murga punishment, the cops make the stunt riders realise their mistake and take unconditional apology from every one of them. 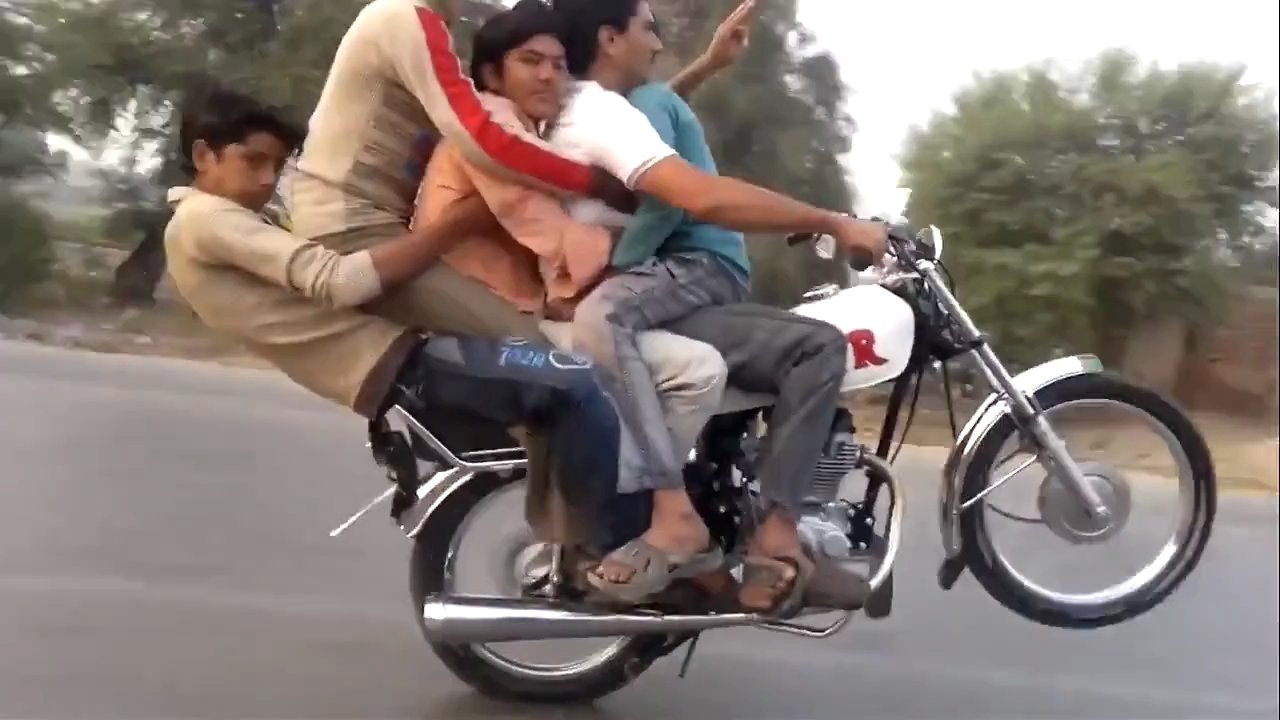 Murga (also spelled murgha) is a stress position used as a corporal punishment in parts of South Asia, specifically Pakistan, India and Bangladesh.

It is used primarily in educational institutions, and by the police as a summary, informal punishment for petty crimes committed by boys, such as eve teasing or one-wheeling.

The punishment is usually administered in public view, the purpose being to deter recurrence of the offence by shaming the offender and providing a salutary example to others.

The word murga means rooster in Urdu Language. The punished person takes a position resembling that of a rooster, by squatting and then looping the arms behind the knees and firmly holding the ears.