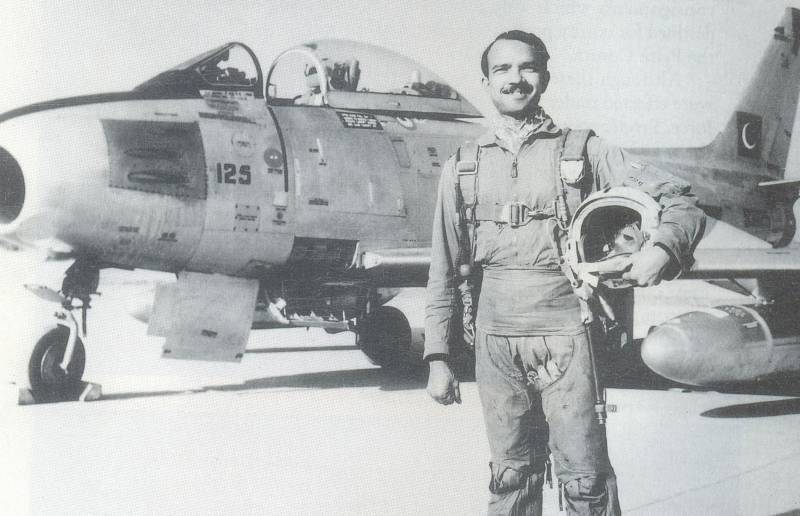 KARACHI – Pakistan paid tribute to one of the finest fighter pilots of Pakistan Air Force (PAF) and 1965 war hero Mohammad Mahmood Alam on his ninth death anniversary on Friday.

Alam is considered a national hero for Pakistan for his extraordinary brilliance in the 1965 Pakistan-India war. During the war, Alam shot down five Indian Air Force fighter jets in less than a minute - the last four within 30 seconds. The former ace pilot holds a world record with his F-86 Sabre, as a total of nine Indian hunters downed in the record time.

In recognition of his historic abilities, he was awarded titles of 'Falcon' and 'Little Draon'.

Alam was born on July 6, 1935, in Calcutta, India, and was the eldest of 11 siblings. The family then migrated to East Pakistan. He joined the force in 1952 and was commissioned on 2 October 1953. He was also awarded the third-highest military honour of ‘Sitara-e-Jurrat’.

The Pakistani war hero was the first-ever fighter pilot for the Pakistan Air Force, listed on top in the hall of famers list at the PAF Museum in Karachi.

Social media users shared posts and pictures on social networking sites while paying heartfelt homages to one and only MM Alam.