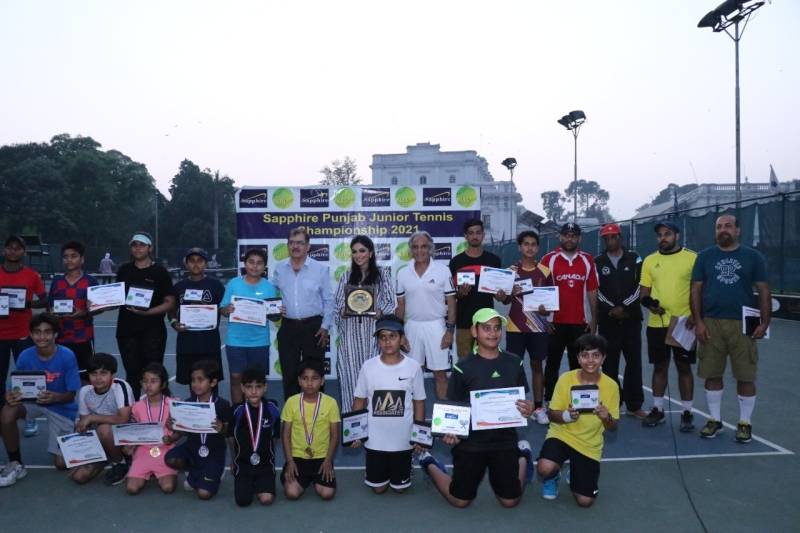 Asad won his first title by beating Hassan Ali with a score of 6-1, 7-6. He doubled his crowns when he, partnering with Amir Mazari outpaced the pair of Zaeem Ghafoor and Hassan Ali in the boys U-18 doubles final with a margin of 5-4, 4-2. Asad, who is the No 1 U-16 player, completed the hat-trick of titles when he outsmarted Amir Mazari in the boys U-16 final by 6-1, 6-4. Asad thanked his coach and mentor Rashid Malik (ZTBL) for his training and coaching that is helping him excel at higher level and also lauded Tariq Zaman, CEO Ali Embroidery, for his all-out generous support, as without sponsorship, it is not possible to afford the expensive game like tennis.

Omer Jawad also managed a hat-trick of titles as first he defeated Zohaib Afzal Malik by 6-2, 6-1 to claim the boys U-14 title. He doubled his titles, when he, partnering with Ismail Aftab, grabbed the boys U-14 doubles title. They beat the pair of Aalay Hussain and Eesa Bilal 4-2, 4-1. The victory in the boys/girls U-12 final against young and promising Abdur Rehman helped Omer complete the hat-trick of titles. He outclassed Abdur Rehman 6-0, 6-2.

Hafsa Shayan of Sapphire Textile graced the occasion as chief guest and distributed prizes and shields among the winners and top performers. Other notables present on the occasion were Col (R) Asif Dar, guest of honour, PLTA Secretary Rashid Malik, players and their families and tennis lovers. Malik thanked the Abdullah Family and Sapphire Textile for sponsoring this event and hoped that they will continue to support and patronage this beautiful game of tennis.