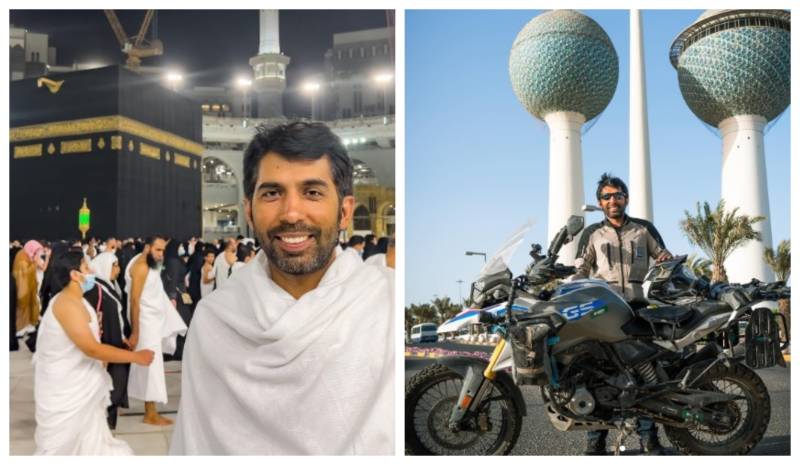 RIYADH – A Pakistani man travelled to Saudi Arabia by motorbike, completing his journey in 50 days, to perform the Umrah pilgrimage.

Abrar Hassan, a Pakistani biker and vlogger, started his journey on February 9 and arrived in Madinah on March 27 after crossing three continents and various countries. From there, he travelled to Makkah to perform Umrah.

Hailing from Nankana Sahib, a city in Punjab, Hassan has travelled to 80 countries, at least 12 of them on his motorcycle.

“It was always my dream [to travel to Saudi Arabia on a motorbike] and it came true this year,” Hassan, a mechanical engineer with a German automotive company, told Arab News.

During the trip, his video of holding conversation with Saudi women, who were selling tea, had also gone viral on social media.

My video which got viral in Saudi Arabia https://t.co/PctWh5NFo2

He also thanked the people of Saudi Arabia for their generosity and warm welcome. “Whenever I go out with my motorcycle ... the support and love I am receiving right now is just incredible,” he said.

Abrar Hassan said that he had visited Makkah, Madinah and Riyadh and now going to explore other Saudi cities including Abha, Al-Bahah, Jazan, and AlUla.