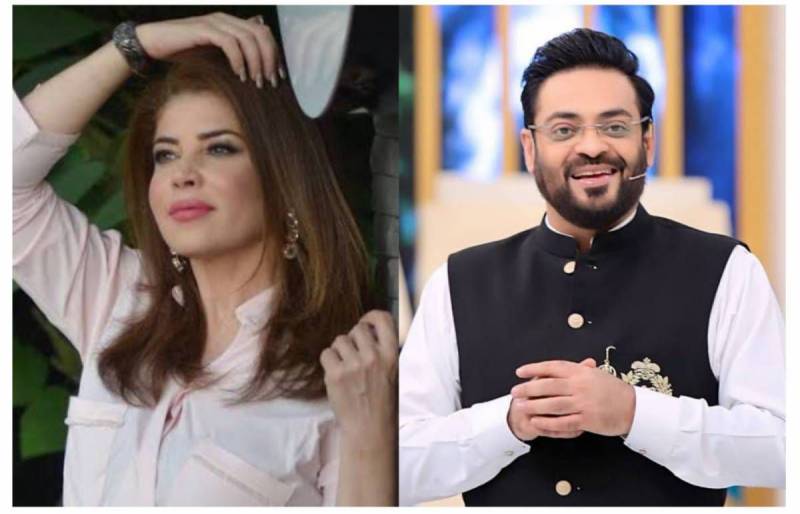 Popular television host Aamir Liaquat Hussain made headlines after he released official statements after his personal and 'indecent' videos were leaked by his third wife, Dania Shah.

However, veteran actress Mishi Khan slammed his 'attention-seeking' techniques and shared a video message of her own where she questions Liaquat to actually leave if he is in such despair.

Maintaining that Liaquat is reaping what he sowed, Khan reminded that the Aalim Online star is facing karma. Because of Liaquat, a group of citizens once attacked the late singer-host Junaid Jamshed.

"Aamir Liaquat Hussain turns on his camera every day and begins his flop acting, He either cries or threatens to leave the country. But I want to ask, when are you leaving? If there's an issue then all of us can get you a one-way ticket so you can finally go where you plan to, rest and in the meantime, get your brain checked."

The Janaan actor went on to thrash the politician, "Your pride has drowned you and what's happened is karma. Tou ghuroor ka sir neecha. Now do us all a favour, get yourself checked and leave this country for good. The sooner the better because the little respect you had is also gone now."

Here is how the netizens have reacted to Mishi Khan lambasting the controversial media personality. 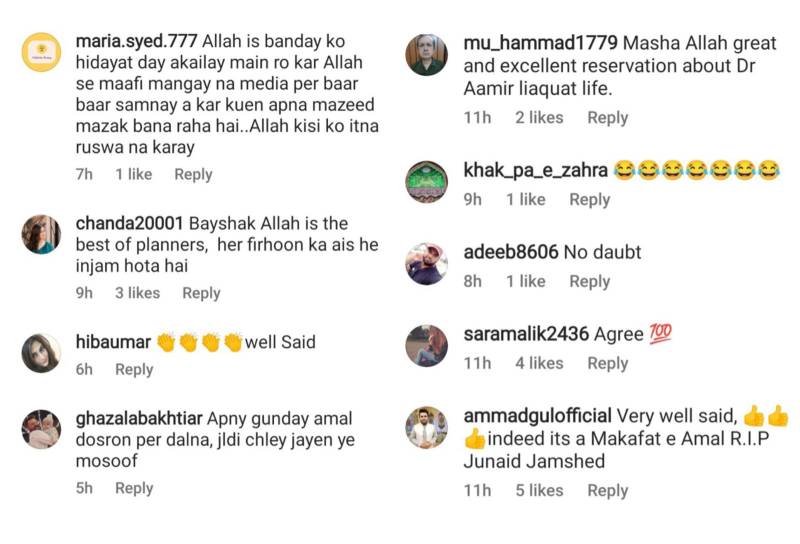 Earlier, Aamir released an emotional video message before 'leaving Pakistan forever'. He made some shocking revelations and tearfully addressed all accusations.

In his video message, he said, "These people are paying heed to a 14-15-year-old. Everyone has buried my reputation in the mud over a girl whose interviews should not have been taken in the first place. She filed for divorce and I was complying with it. Tearing up, he added, "I have no choice but to leave the country after this fiasco."

As uncertainty looms over the marriage of famous TV personality Aamir Liaquat Hussain and his third wife Dania Malik, ...