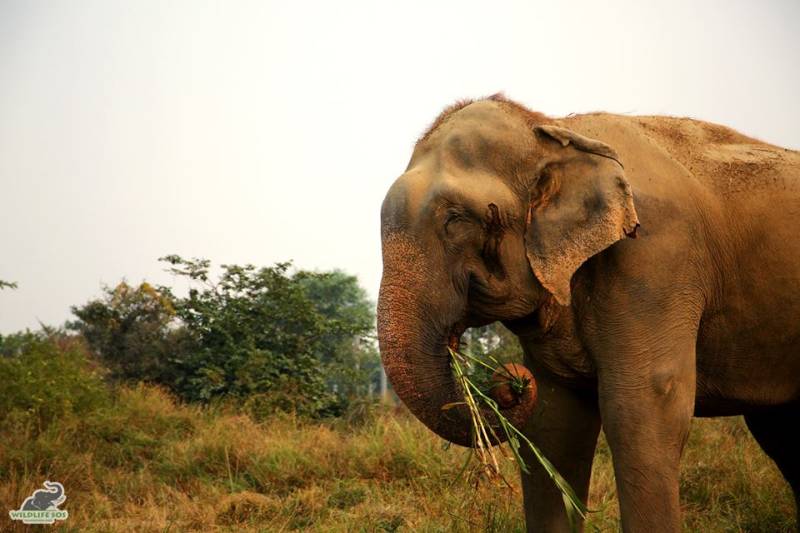 AGRA - India's first elephant hospital in the northern state of Uttar Pradesh aims to treat elephants rescued from captivity and injured in accidents.

The hospital, which is in Mathura, was formally inaugurated by Agra Divisional Commissioner Anil Kumar on Friday. It is spread over 12,000 square feet and is designed to treat injured, sick or geriatric elephants.

The Uttar Pradesh Forest Department and the NGO Wildlife SOS together helped to build and organise the facility, which will provide wireless digital x-rays, x-rays for dental purposes as well, tranquilising facilities and also amenities for quarantine purposes.

We are immensely proud to share with you that we have established India’s first Elephant Hospital,especially designed to treat injured sick or geriatric elephants.
Hear our co-founders Kartick & Geeta sharing the big news with all of you!! ❤️#IndiasFirstElephantHospital pic.twitter.com/VEdJzHYf0E

The facility, armed with facilities such as wireless digital X-Ray, thermal imaging, ultrasonography, tranquilization devices and quarantine facilities, has not only come as a respite to the elephants but is also attracting local and foreign tourists.

Elephants are an important part of India’s culture and are prominently displayed in festivals and processions in the south of the country. They are also used as tourist attractions at several forts and palaces in the northern and western regions.

BENGALURU, Karnataka – Scientists in India have been left baffled by a wild elephant caught on camera blowing out ...

Hundreds of elephants across India, which accounts for more than half of Asia’s elephant population, are held in captivity and sharp metal hooks are often used to pinch and tease them into subordination.

The hospital, on the banks of the Yamuna River, is close to an elephant conservation and care centre run by Wildlife SOS that is home to 22 elephants.