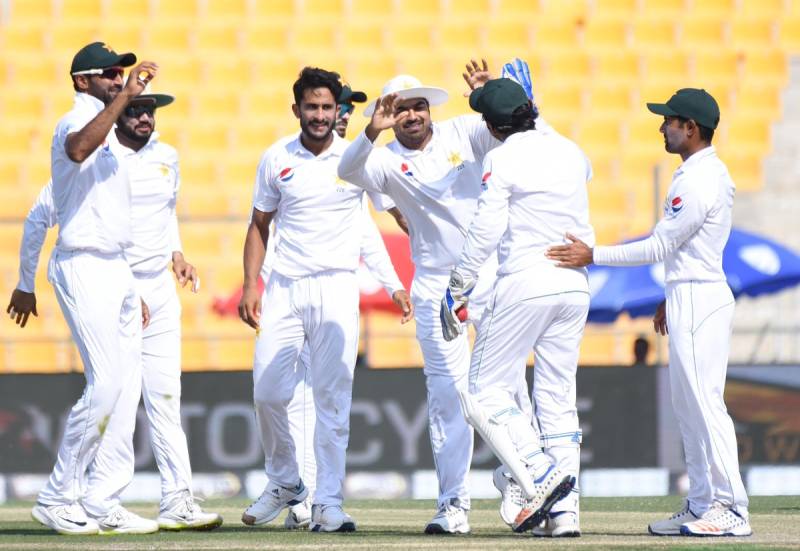 ABU DHABI - Yasir Shah and Hasan Ali both recorded five-wicket hauls to put  Pakistan on course for victory in the first Test against New Zealand in Abu Dhabi on Sunday.

New Zealand were in course to take a healthy lead and set a good target. Henry Nicholls (55) and BJ Watling (59) built a solid partnership and reached to half centuries. But it all began after the dismissal of Nicholls and Yasir Shah opened the gates by picking up two quick wickets. Trent Boult was the last Kiwi batsman to be dismissed.

Hasan took three of the first four wickets to fall, with Yasir castling New Zealand captain Kane Williamson, as the Black Caps slipped to 108-4 in their second innings.

The 24-year-old dedicated his maiden five-for in Tests to bowling coach Azhar Mahmood. “I came in the team at the same time he joined and the hard work he has put with us is outstanding,” he was quoted as saying.