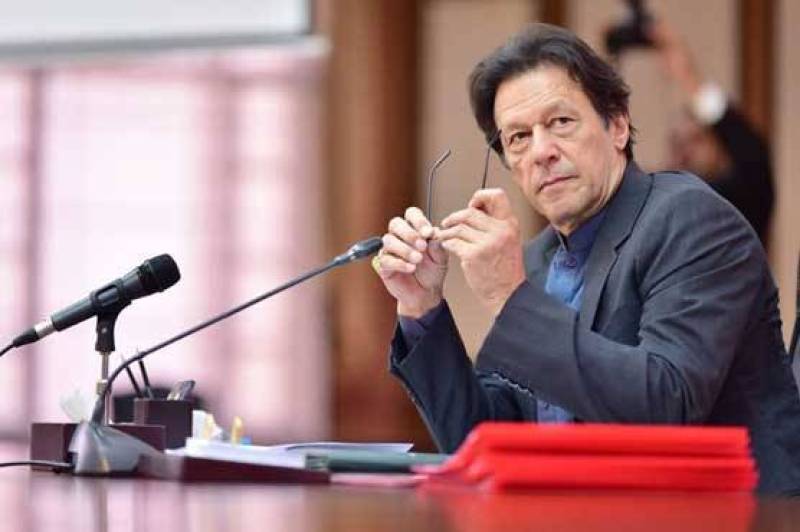 The premier, in a flimsy reference to former ruling party (PML-N), went on to say that “lying to save ill-gotten wealth is the hallmark of crooks.”

His latest tweet follows massive criticism by the opposition for his remarks that “the real leader of a nation always makes U-turns and changes his or her strategy according to the situation and the need of the hour.”

On Friday, in an interaction with the media at the PM House, Prime Minister Khan said that the real leader of a nation always made U-turns and changed his strategy depending on the situation and the need of the hour.

“The leader who does not do timely U-turns is not a real leader,” Mr Khan said, giving the example of the ‘failure of German leader Adolf Hitler and French military leader Napoleon Bonaparte in wars in Russia’.

ISLAMABAD - Prime Minister Imran Khan claimed on Friday that a leader who does not take 'U-turns' keeping ground ...

“Both Hitler and Napoleon faced defeat as they did not change their strategies according to the situation and as a result, their armies were marooned in Russia,” PM Khan said, defending decisions that the opposition called U-turns.

Imran’s Pakistan Tehreek-e-Insaaf (PTI) led government has already been facing the public and media’s scrutiny for backtracking over a number of promises and statements it made before coming to power at the Centre.

Hitting out at the Prime Minister, Pakistan Muslim League-Nawaz (PML-N) leader Khawaja Asif tweeted: “Are you [planning on] invading Russia that you are recalling Hitler and Napolean? Do not look for justifications in the pages of history for your hypocrisy and opportunistic behaviour.”

Marriyum also posted a screenshot of the statement by PML-N president Shahbaz Sharif suggesting that instead of a road sign, a picture of Imran Khan should be displayed at every U-turn.

"U Turn" is Evaluation. It is Assessment, Rating, Estimation, Ranking, Weighing up, Consideration, Analysis.
Proper evaluation of results (whether to take a U Turn or not) is crucial. There is a huge difference between "A U Turn" and "A Blatant Lie"

Imran Khan’s party came into power after the July 25 general elections. Prior to entering politics, Khan was a cricketer and philanthropist.