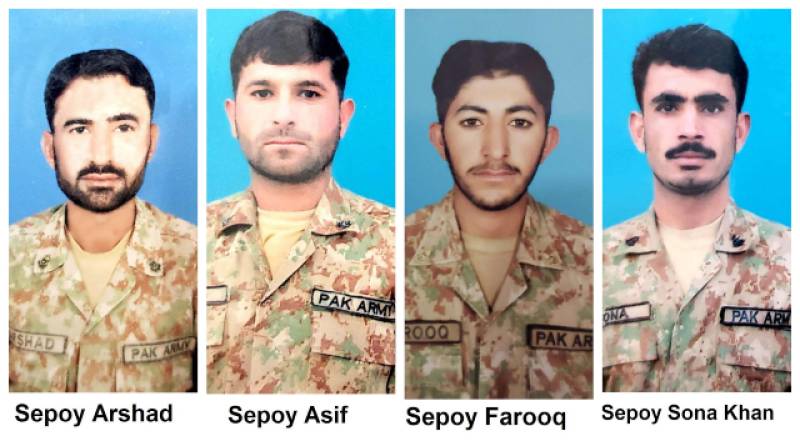 ISLAMABAD – Sixteen people including four Pakistan Army personnel were killed after a bus was crushed by landsliding on Skardu Road in Gilgit-Baltistan, the state TV reported on Sunday.

At about 0830 hrs, a heavy landslide struck Jaglot Skardu Road near Tingus Pari, Bhagicha. Resultantly, a passenger coaster, carrying 18 people, moving from Rawalpindi to Skardu came under the landslide.

Four soldiers - Sepoy Sona Khan, Sepoy Asif, Sepoy Arshad and Sepoy Farooq - who were moving to their duty location came under slide and died along with civilians, the PTV reported.

Pakistan Army QRF teams along with ambulances and engineer rescue team joined the Rescue 1122 and Frontier Works Organisation (FWO) in the relief work.

ISLAMABAD – A soldier of Pakistan Army embraced martyrdom while three others were injured in a terrorist attack ...

Sixteen bodies have so far been recovered from the debris of the bus. Six of them have been identified, including the driver and conductor, according to officials.