Commissioner constitutes committee to ascertain the cause of blaze 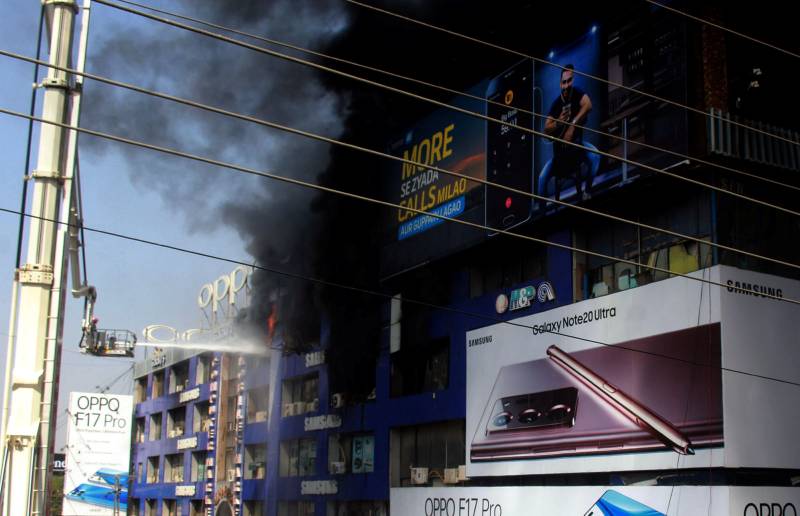 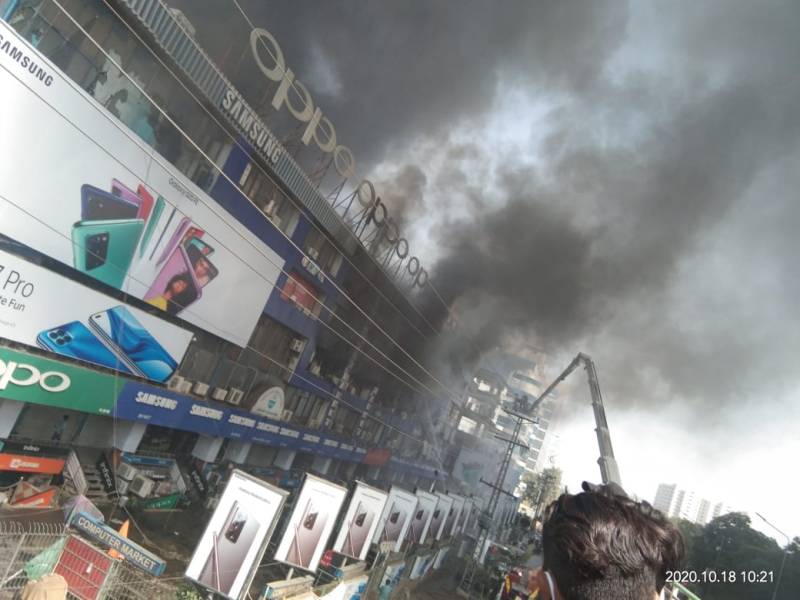 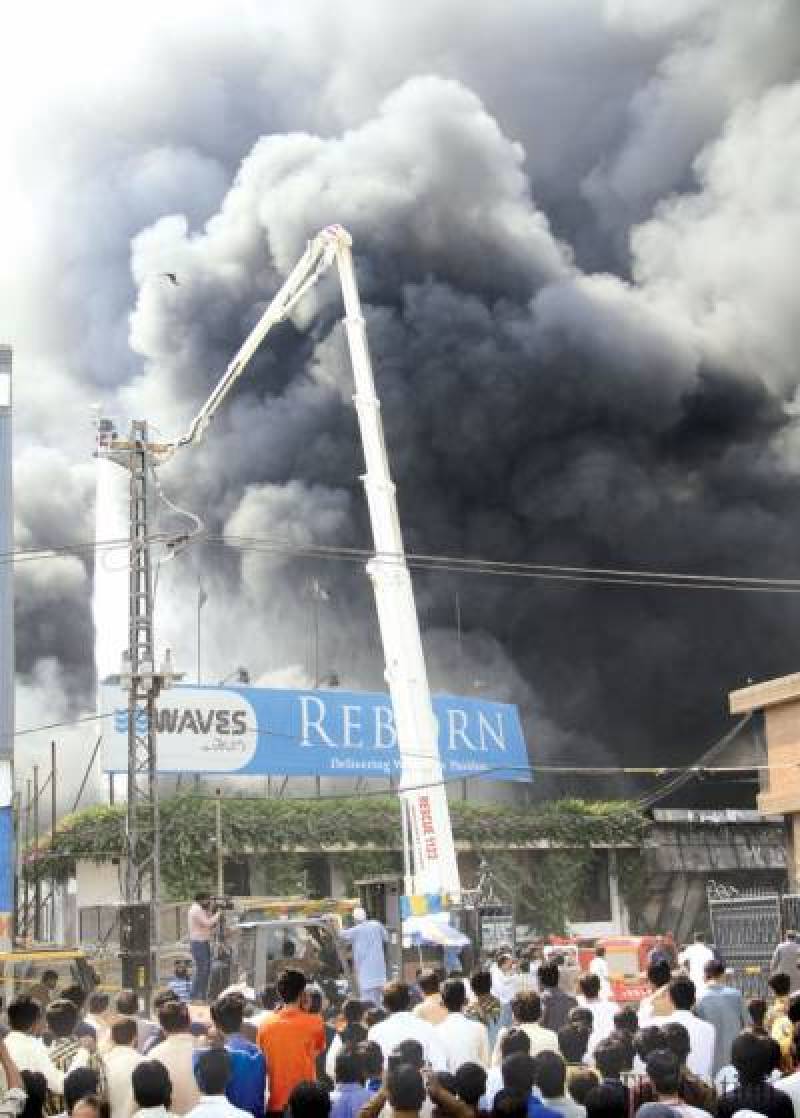 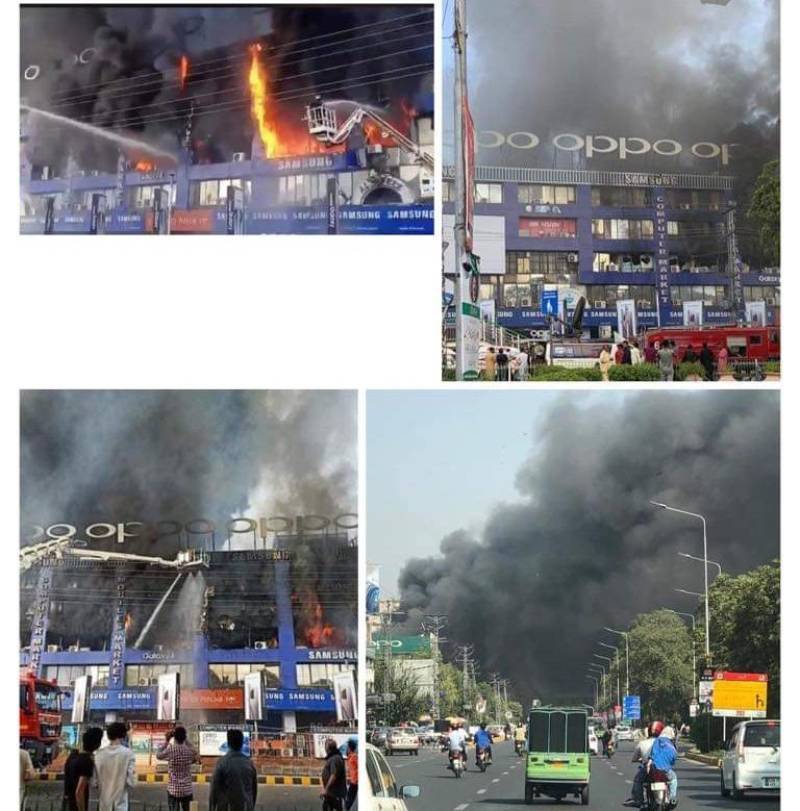 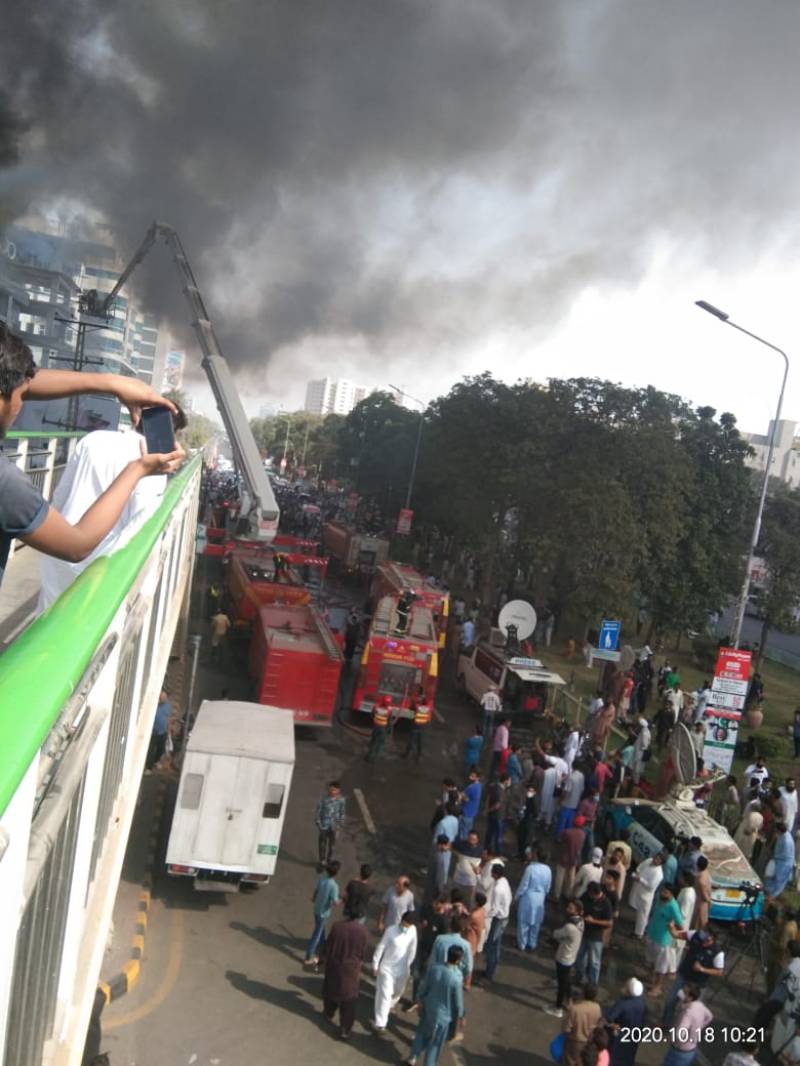 LAHORE – A massive blaze at the city's famous Hafeez Centre has been controlled by an army of firefighters, using both civilian and military machinery, after 12 hours, Punjab's top emergency services officer said Sunday evening.

Dr Rizwan Naseer, who heads the Rescue-1122, told the media that the fire was put out after great collective efforts by firefighting teams from Punjab government, Army, Navy and WASA. Even though the fire has been "controlled", the process of "cooling" was underway, he added.

The fire broke out on the second floor inside the plaza located at the city's Gulberg Main Boulevard area on Sunday morning due to an electrical short circuit.

As per the rescue officials, the fire broke out in a shop on the second floor of the plaza which has spread to the fourth floor of the building by the midday.

The fire brigade was called soon after the fire broke out around 6:00 am in the morning.

Chief Minister Usman Buzdar was reportedly in constant contact with the Commissioner Lahore Division and rescue officials to ascertain the situation.

No causalities are reported so far but the electronic devices worth millions have been destroyed by the flames.

The Pakistan biggest IT plaza Hafeez Center caught fire early in the morning today around 6am.

50/70 crores loss is expected till now .It's been more than 4 hours fire isn't under control .Ya Allah raham! may Allah give patience to everyone getting suffered #HafeezCentre #Lahore pic.twitter.com/eXctAIjatO

Meanwhile, Lahore Commissioner Zulfiqar Ghuman has constituted a 14-member inquiry committee to look into the incident and directed it to submit a preliminary report within 24 hours. The committee comprises officials from Metropolitan Corporation of Lahore (MCL) and Rescue 1122 and will ascertain the "underlying causes of the fire incident", determine loss of property, examine infrastructural stability as well as assess the efficacy of emergency response by the concerned department.

Initial reports indicate the short circuit as the reason for fire eruption.

During the fire fighting, eight of the fire tenders ran out of water.

"The intensity of the fire has increased due to the burning of laptops and mobile phones," a rescue official said.

As rescue officials and firefighters struggled to douse the flames due to severe intensity, several shopkeepers attempted to save their costly electronic items by carrying them away from the plaza.

The Gulberg Main Boulevard Road was closed for traffic due to relief activities being carried out in the area. People on the fourth floor of the plaza had run to the rooftop and were rescued from there, officials added.