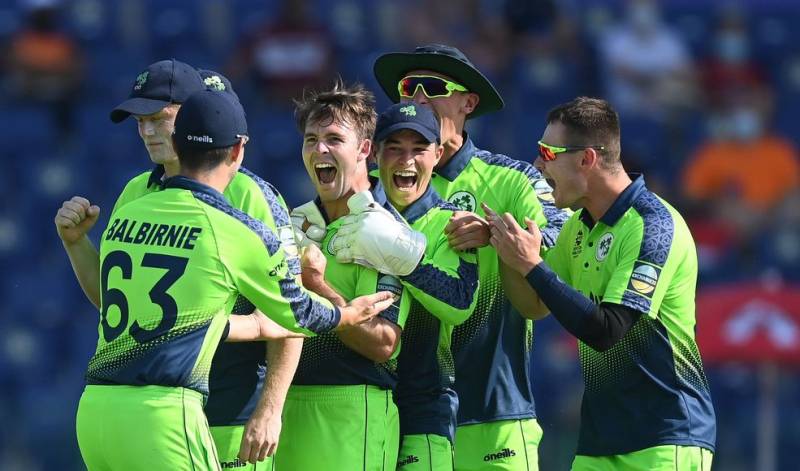 DUBAI – Curtis Campher, the Ireland pace bowler, joined Lasith Malinga and Rashid Khan as the only men with the remarkable feat of taking four wickets in as many balls in T20I cricket.

Campher's heroics came in the 10th over of the Netherlands' innings against Ireland in their opening match of the ICC Men's T20 World Cup 2021 in Abu Dhabi.

He was bowling his second over for the day, having gone for 12 runs first up.

Varying his length through the over and angling the ball in, he sent back Colin Ackermann, Ryan ten Doeschate and Scott Edwards to take a hat-trick, before adding Roelof van der Merwe to his victims.

Ackermann was out caught behind on review, having feathered an attempted pull off a shortish ball that seemed to be going down leg. Ten Doeschate was out for a duck, trapped in front by a full and straight one. Edwards too fell lbw as DRS tracked the ball hitting the leg stump. For the final wicket, van der Merwe dragged a wider delivery onto his stumps and the Irish celebrations were in full force, said ICC in a press release.

Campher's is the first such effort in the Men's T20 World Cup. Malinga previously managed the feat in the 2007 Men's Cricket World Cup, against South Africa.

Campher is the second man after Brett Lee in 2007 to take a hat-trick in men's T20 World Cups.

DUBAI – Pakistan on Monday defeated West Indies by seven wickets in their warm-up match for the ICC Men's T20 ...