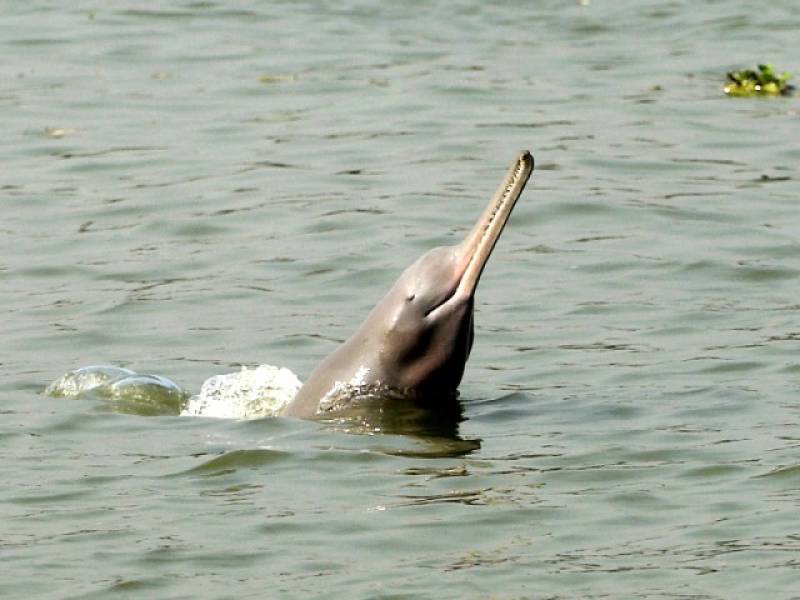 The agreement between the two was signed in a ceremony organised at the FFC headquarters in Islamabad.

FFC’s support will allow WWF-Pakistan to monitor canals and rivers for stranded dolphins, social mobilisation in adjacent localities, a rescue helpline, the rescue of stranded dolphins, upgrade and operationalisation of the Indus Dolphin Conservation and Information Centre (Sukkur) and promotion of awareness on dolphins through tours and safaris for the general public.

While the FFC has committed to supporting dolphin conservation for one year initially, the project may be extended to three years.

The Indus River in Pakistan is home to the Indus river dolphin; where a population of about 1,452 dolphins is distributed between Chashma and Kotri barrages. It is considered to be the most threatened species as its population is highly fragmented due to the construction of water regulatory barrages.

In 1974 the Sindh government declared a 200km river stretch between Guddu and Sukkur barrages as the Indus Dolphin Game Reserve as this section the river hosts the largest population of this charismatic and unique species.

WWF-Pakistan has been engaged in a multi-dimensional conservation programme for more than a decade to support and protect the population of Indus river dolphins in collaboration with its government partner.