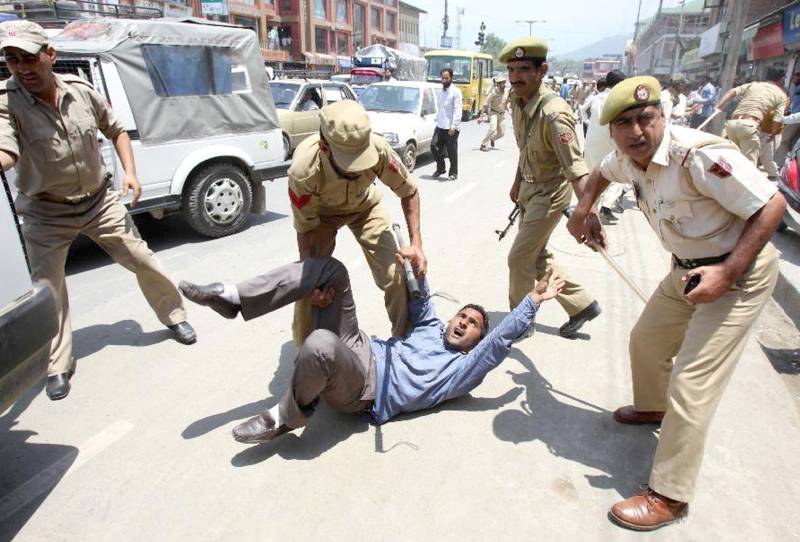 The American-founded international organisation in its latest report on Monday blamed Indian police for torturing suspects to death in custody with impunity.

An investigation by the rights group under the name 'Bound by Brotherhood' found grim details that victims were beaten with belts or boots, or suspended by their wrists.

'Since these deaths are not happening in an open domain, it is very hard to prove how they died if the other police officials who are witnesses shield their colleagues,' said Jayshree Bajoria, author of the report.

The report spilled the beans on the unfair criminal justice system in the restive region.

'The police officers investigating deaths in custody are more concerned about shielding their colleagues than bringing those responsible to justice' said the report.

HRW investigated 17 deaths in police custody and found that in each case the police failed to follow proper arrest procedures.

According to official data compiled, as many as 591 people died in police custody in India from 2010 to 2015.

Although police claim natural causes, illness or suicide for these deaths, relatives of the victims claim something else. Relatives of the deceased allege that police torture to death suspects in their custody.

A police officer in Mumbai was also quoted by the report who apparently endorsed the harrowing treatment given to an imprisoned boy.

'He was so weak after the beating that when he got up to drink water, he was dizzy with pain and collapsed against the window, breaking his lower jaw,' the report quotes Atmaram Gurav as saying.