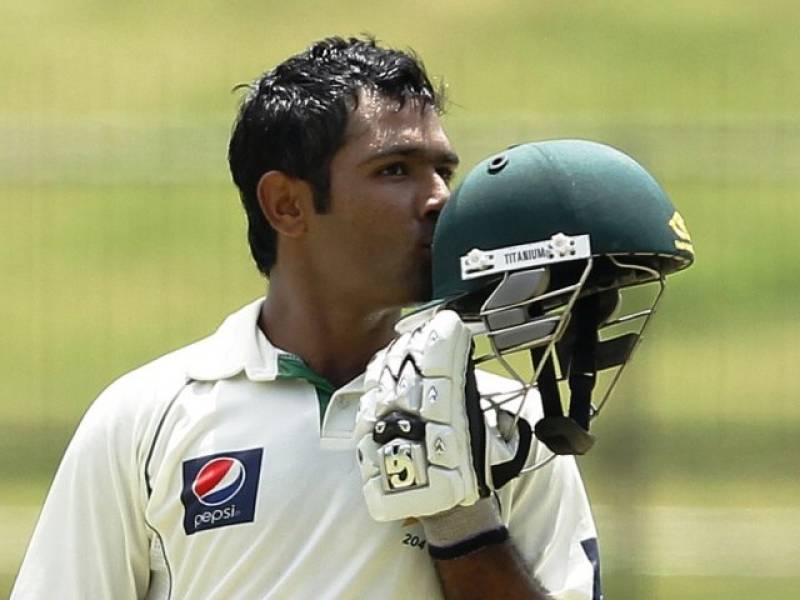 BRISBANE - Though Pakistan lost to Australia by 39 runs on Monday, the side managed to salvage their lost pride in a display of grit and batting brilliance during the first Test in Brisbane’s Gabba ground.

Faced with a mountainous target of 490 runs, Pakistan’s remarkable chase fell short of just 40 runs on Monday, after they finished their fourth day at 382 for 8. Pakistan is the only team to make two 350-plus totals chasing big targets in the past decade.

Asad Shafiq surpassed Sir Garry Sobers after he smashed 2716 runs in 46 matches, including of nine centuries. Sobers had scored eight tons in 44 tests.

Shafiq also came up with another feather in his cap as he hit a century at the Gabba in the fourth innings. Previously, he had hit two fourth-innings fifties too.

It should be mentioned here that Pakistan set a new record at the Gabba ground by making the highest total in the fourth innings while chasing a bigger total. Earlier, England made the fourth-innings highest at the Gabba in 2006-07 series. It is pertinent to note here that no visiting team has successfully managed to chase more than 200 here. The highest target chased here was 236 by Australia against West Indies in 1951-52.

Meantime, the highest total chased in any test match was 418 by West Indies against Australia in Antigua in 2003. Pakistan’s 450 is the fourth highest fourth innings total in Australia preceded by 450/7 by South Africa and 451 by New Zealand. While, England tops the list with 654/5.

Among 27 batsmen with 1000-plus runs, Younis Khan came up with the third best average of 55.42 in the fourth innings of tests. Khan’s 65 was his third half-ton while chasing a test total outside Asia.

Another star performer was Azhar Ali with 71 runs in the fourth innings, making him the only Pakistani batsman who averaged over 50 in tests this year. This was his second consecutive fifty followed by his 58 runs in Hamilton in the previous test.-Online