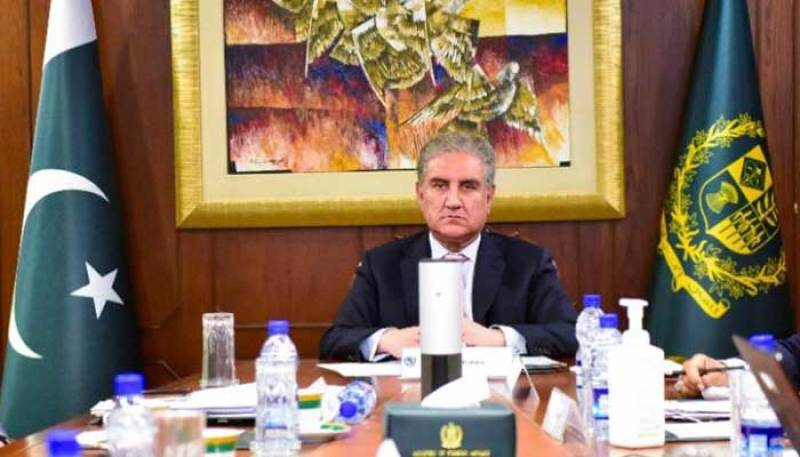 ISLAMABAD – Foreign Minister Shah Mehmood Qureshi reiterated the plight of people in Afghanistan during his address at the extraordinary session of the Organisation of Islamic Cooperation's (OIC) Council of Foreign Ministers.

Delving into details, he said over 22.8 million people, which is around half of the population, face food shortages. Millions of children are at risk of dying from malnutrition in war-torn country.

Delivering the opening speech, he said this situation has been brought about by a multiplicity of factors such as years of conflict, poor governance, and excessive dependence on foreign aid.

“August 2021 may have altered the political landscape in Afghanistan, but the needs of the people are the same", he opined saying as per the UN, the Afghanistan situation could become the biggest humanitarian crisis in the world.

Qureshi urged the Islamic world to stand with the people of Afghanistan just as it backed the right of "self-determination of the Palestinians and the Kashmiris". This is the moment to extend a collective helping hand. This is not the time to withhold support, he stressed.

He hailed OIC members saying this organization has consistently supported the rights of the people and called on the rest of the world to think beyond their economic and domestic compulsions." Highlighting that Pakistan was witness to as well as impacted by a humanitarian crisis in Afghanistan, he mentioned adding that a complete economic meltdown could not be ruled out.

Qureshi said that the OIC session must usher in "visible change" and show the people of the war-torn country that it is united in helping them stabilise their economy and country.

Foreign ministers of multiple countries are attending the meeting, while 10 other countries are being represented by their deputy ministers. The rest have sent senior officials for the session.

ISLAMABAD – Prime Minister Imran Khan has once again warned of the severe humanitarian crisis in Afghanistan ...

Moreover, officials of the UN, global financial institutions, international and regional organisations and important non-OIC countries like Japan and Germany have also been invited

Pakistan, Saudi Arabia and the United Arab Emirates were the only three countries to recognise the previous Taliban government of 1996 to 2001.