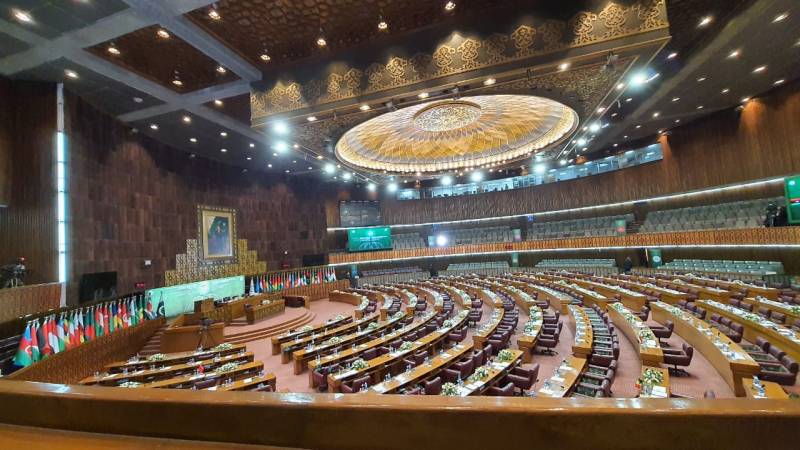 ISLAMABAD – Pakistan has proposed a six-point strategy to counter the humanitarian crisis, food security, and economic revival besides the institutional capacity building to counter-terrorism in Kabul.

Islamabad hosts a special session of the Organization of Islamic Corporation today to rally Muslims and other countries to help Afghanistan stave off an economic and humanitarian disaster, with participation by top leaders around the world.

Foreign Minister Shah Mehmood Qureshi called for increasing the investment, bilaterally or through the OIC platform in the education and skill training of Afghan people.

The ruling party minister proposed the establishment of an experts’ group of OIC and UN to consider ways and means to ensure the revival of the legitimate banking service in the war-torn country.

He called for enhanced engagement with Afghanistan to bring in political and social inclusivity besides ensuring respect for human rights particularly women’s rights.

Qureshi referred to the World Food Program, which warned that Afghanistan could face the largest humanitarian crisis in the world and the United Nations also warned of a similar situation. It was a moment to stand up and that Afghan people must be supported without any condition, he added.

Qureshi hailed the Kingdom of Saudi Arabia for convening the session as OIC chair and trusting Pakistan to host the extraordinary moot.

Speaking at the joint conference, he said the gathering of OIC leaders at the short notice also reaffirmed their commitment to address the humanitarian situation in Afghanistan.

Calling it a matter of survival, he said over half of the Afghan population faced food shortage, which made the population of two-thirds UN member states.

ISLAMABAD – Foreign Minister Shah Mehmood Qureshi reiterated the plight of people in Afghanistan during his ...

Moreover, the session will also mark the statements on behalf of OIC Regional Groups from Asia, Africa, and Arab, as well as President Islamic Development Bank Dr Muhammad Al-Jasser.

ISLAMABAD – An exclusive session of the Organization of the Islamic Cooperation (OIC) to discuss the simmering ...