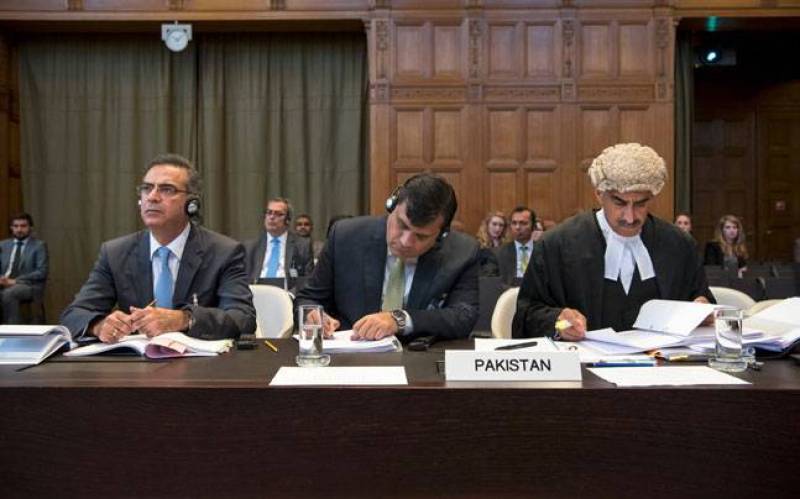 THE HAGUE - Pakistan has started presenting oral arguments into the Kulbhushan Jadhav case as the International Court of Justice has resumed hearing the case at The Hague on Tuesday.

Attorney General of Pakistan, Anwar Mansoor took the rostrum and highlighted that India has been involved in espionage activities in the neighbouring countries.

He remarked that Kulbhushan was dispatched for terror activities in Pakistan's Gwadar, Karachi and Balochistan area adding that India's strategy against Pakistan was well evident.

Mansoor categorically expressed that Kulbhushan Jadhav was working for the Indian intelligence agency, Research and Analysis Wing (RAW) and asserted that India has been using Afghanistan as a second front against Pakistan.

'Kulbhushan Jadhav confessed about his crimes without any coercion,'Anwar Mansoor argued before the ICJ judges.

After Anwar Mansoor, Khawar Qureshi started arguing on behalf of Pakistan and raised few key points for India to answer.

Qureshi argued that at one end, India moved the international court while on the other end it did not respond to the queries put forth by Pakistan.

He explained that all the due rights enshrined in the Geneva Convention were made available to Jadhav.

'How can India demand consular access to Jadhav when it did not accept the citizenship of him,' Qureshi inquired.

*This is a developing story...