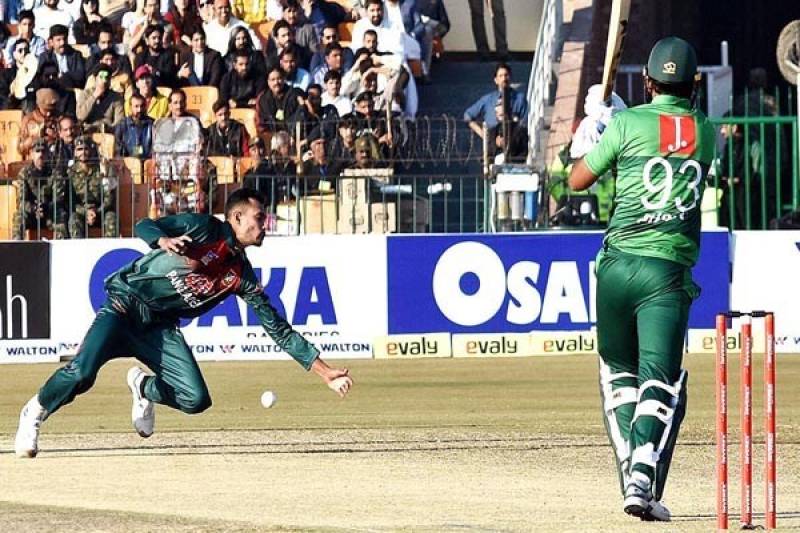 LAHORE - The visiting Marylebone Cricket Club (MCC) from England wrapped up its four-match tour of Pakistan on a victorious note beating Multan Sultan by 72 runs in the last T20 match at Aitchison college ground here on Wednesday.

The touring team which is on a tour of Pakistan after 47 years won two matches and lost the similar number of games as all the four matches were played here in the provincial capital.

The English side victory owned by their skipper Kumar Sangakkara and Ravi Bopara who struck solid half-centuries to lead their side to fine 184 total for the loss of four wickets in allotted 20 overs.

In reply, Multan Sultan was dismissed at paltry 112 as most of their batsmen failed to show any sparkle or promise proving tame victims in front of English side hostile bowlers from which Imran Qayyum was the pick of the bowlers with four wickets.

Elected to bat after winning the toss, the Kumar Sangakkara side repaired a shocking start which left them 53 for 3. Sangakara and Ravi launched the rescue operation with sensible batting defying the rivals bowlers. The duo produced 89 for the fourth wicket to ensure the safety of the side.

Sangakkara hammered 52 runs fluent runs with three sixes and three sixes off 35 balls to put the opponents' bowlers at the sword, showing his class of batting with authority and precision. He pulled, drove, cut and hocked the ball for the entertainment of the audience of a cloudy and windy day. Ali Shafiq from Multan Sultan took two wickets.

Khusdil Shah and Zeeshan Arshaf were the only two batsmen who exhibited some prowess and scored fighting runs.

Khusdil in the role of highest scorer scored 45 runs off 26 balls while Zeeshan contributed 20 runs.