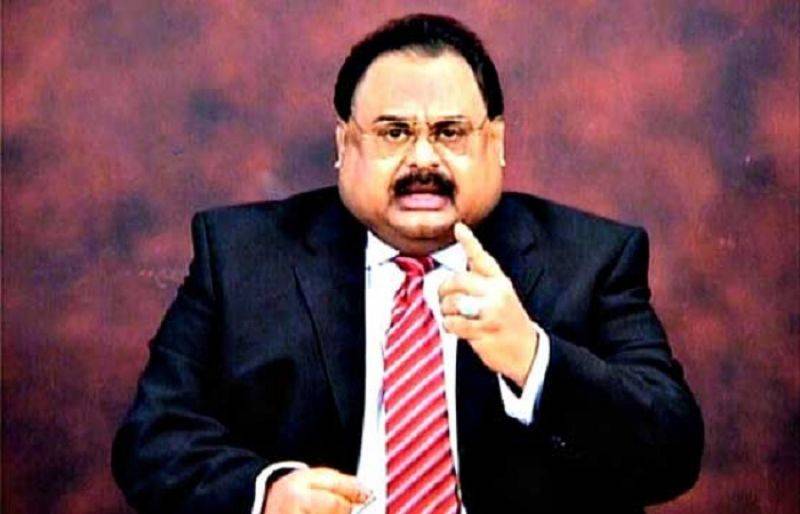 LONDON (Web Desk) - Muttahida Qaumi Movement (MQM) chief Altaf Hussain has announced hunger strike ‘until death’, saying he had promised his party not to bow down to the ‘oppressors’, a private TV channel reported.

According to the statement issued from London on Sunday, preparations are being made for the hunger strike, and it will commence once permission is received from the local administration in London.

“I have promised the people that I will die rather than bow my head in front of tyrants,” said Altaf Hussain.

“Federal and provincial government, the army, rangers and other security agencies of the state are busy in targeting innocent people, due to which I have taken a decision to go on a hunger strike,” he added.

Hussain further stated that he does not have any other option left except of going on a hunger strike in order to lodge protest at what he sees as victimisation of his political party.

“After my death, all party affairs will be handled by Rabita Committee, and it will be their decision whether or not to continue my political movement,” Hussain stated.

Earlier on Friday, a contingent of Rangers paramilitary force raided Nine Zero, the headquarters of MQM, in Karachi's Azizabad neighbourhood and detained two members of MQM's Rabita Committee. This is the second raid by Rangers on Nine Zero this year.

According to an earlier press release issued by Sindh Rangers, Qamar Mansoor and Kaiful Warah were arrested from Azizabad on the charges of "arranging and facilitating hate speeches against the peace of Karachi".

FIRs were also registered against Altaf Hussain at police stations in various regions of Sindh on the night between Monday and Tuesday for what the government has regarded as his "inflammatory remarks" against the military.

During his speech earlier on Sunday, Hussain called upon the army chief to take notice of the alleged violation of the army’s code of conduct by director general of Sindh Rangers and other officials and urged him to do justice in the matter.