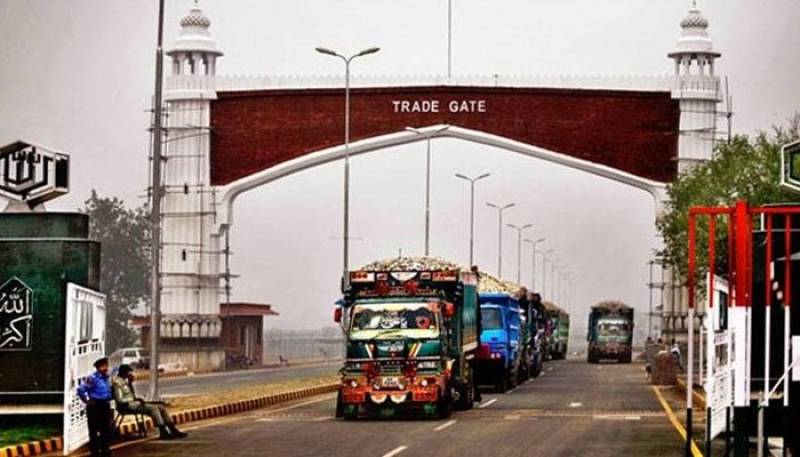 LAHORE - Two trucks of Afghan goods crossed over to India on Saturday, six days after Pakistan announced the resumption of Afghan exports to India through the Attari-Wagah border to facilitate transit trade, Hindustan Times reported.

"This was the first shipment of licorice (mulethi) entered the Integrated Check Post (ICP), Attari, on Saturday,” said a senior Indian Customs official in Amritsar.

“We had information that seven or eight trucks of Afghan goods would enter India, and we had made arrangements accordingly,” said a senior official of the Land Port Authority of India (LPAI), which oversees the ICP’s affairs.

"At the special request of the government of Afghanistan" and "with a view to facilitating Afghanistan’s transit trade," Pakistan will allow Afghan exports through Wagah crossing from July 15, after taking COVID-19 measures, Pakistan’s Ministry of Foreign Affairs in a statement said on July 13.

On July 12, Pakistan also opened the Angor Ada and Dand-e-Patan crossings in Paktia and Paktika provinces to Afghan goods, almost two weeks after it opened the Spin Boldak, Torkham and Ghulam Khan crossings.