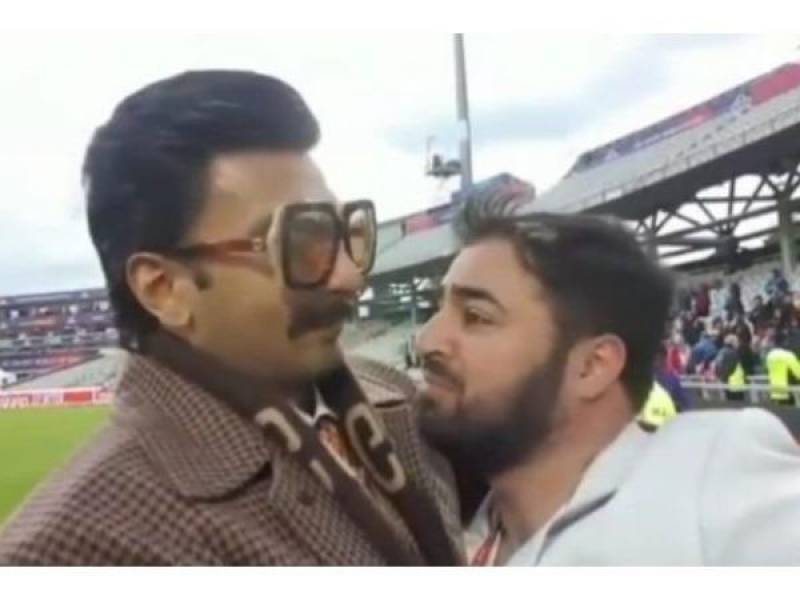 A video’s surfaced online post the match of Ranveer comforting an upset Pakistani fan, pouring out words of hope and lots of warm hugs, disheartened by the Pakistan cricket team’s loss against India on Sunday.

Aatif Nawaz, a comedian based in London, who was present at the match shed a tear or two when the team lost and Ranveer Singh quickly came to the rescue offering to console the sad fan.

“Put it there man, put it there,” said Ranveer while he hugged the Pakistani fan.

“There’s always next time!” he continued. “Don’t be disheartened, you played well. Boys are dedicated, committed, professionals and they will be back.”

The comedian posted the video on Twitter with the caption," Indian fans are nice. Thanks, Ranveer".

People seemed to be truly touched by the Bollywood star’s gesture in the face of the belittling defeat, relaying messages of thanks via Twitter.

A very kind gesture of Ranveer. Won many a Pakistani hearts by his words and action....

Ranveer Singh was among many celebrities present from both sides of the border and was also seen clicking a selfie with Zainab Abbas and Wasim Akram.