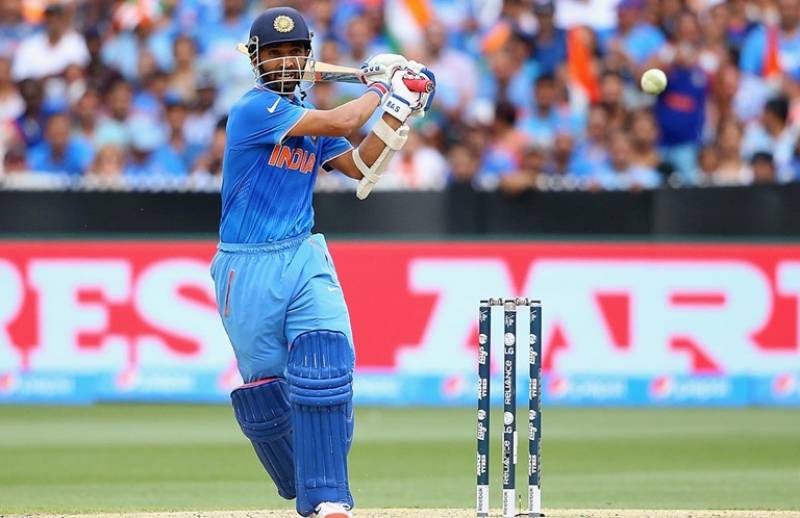 MELBOURNE (Web Desk) – India on Thursday qualified for the semifinals of cricket world cup 2015, when it thrashed Bangladesh by 109 runs win in Melbourne cricket ground.

Bangladesh team, while chasing the 303 runs target, collapsed at 193 runs only in 45 overs. Nasir Hossain was the top scorer player of the inning who made 35 runs off 34 runs.

Rohit blasted his seventh one-day century with 137 off 126 balls while Raina smashed 65 from 57 balls to boost the defending champions' total to 302 for six after they won the toss on a flat pitch.

The pair rescued India from a shaky 115 for three in the 28th over with a 122-run partnership and some lusty late hitting nudged India's total beyond 300 with two balls left when such a score unlikely at the half-way stage of their innings.

India will face either Pakistan or Australia in the semifinal match who fight each other in the third quarterfinal match on Friday.