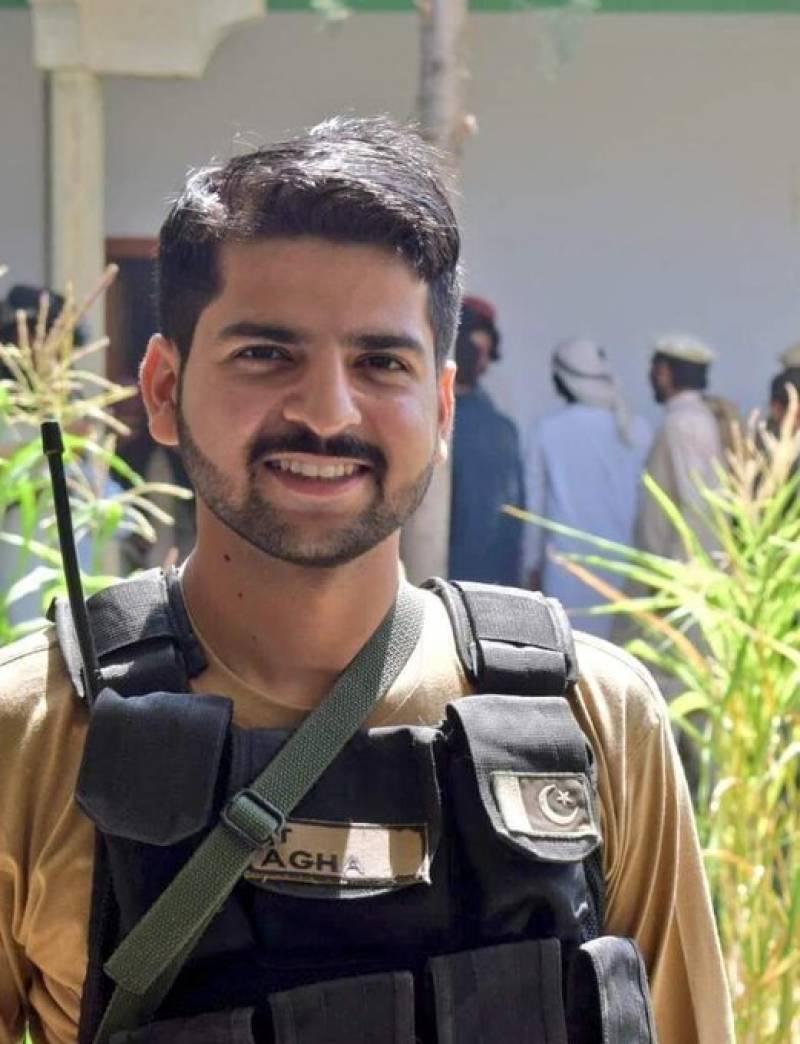 He died along with three soldiers in a fight against terrorists in Datta Khel area of North Waziristan.

Earlier, the Namaz-e-Janaza of the martyr was offered at Goal Bagh, Shadbagh, which was attended by a large number of people, army officers, friends, and MPAs Ghazali Saleem Butt and Chaudhry Shahbaz.

A unit of Pakistan Army paid tribute to the late officer by presenting guard of honour.

RAWALPINDI – Four soldiers of Pakistan Army embraced martyrdom while seven terrorists were also killed during an ...