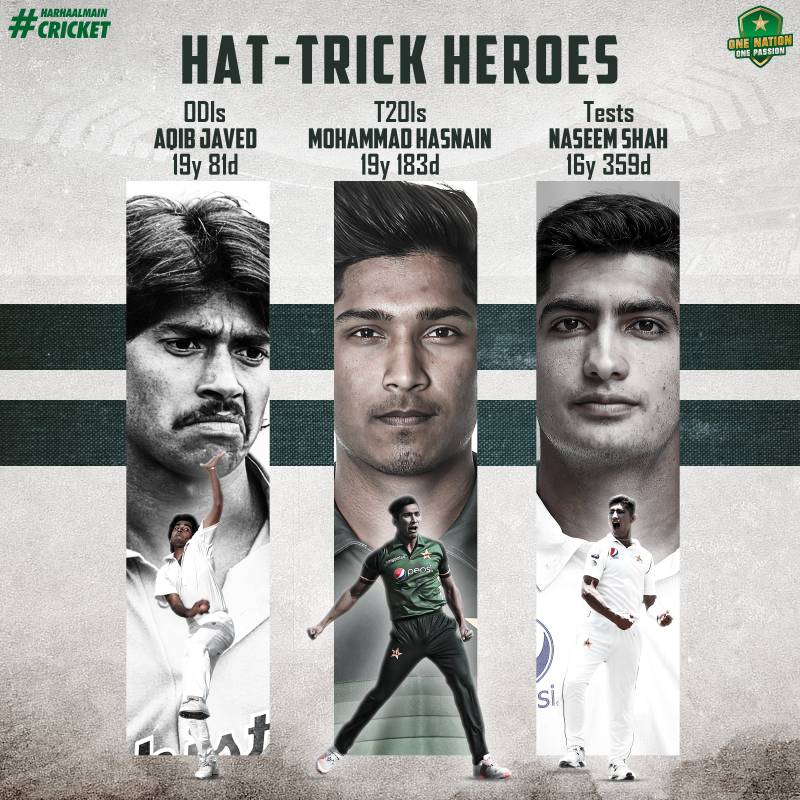 LAHORE - Pakistan Cricket Board (PCB) has shared the names of three national bowlers, who added feathers to their caps as youngest players in cricket history.

The cricket body featured Aqib Javed, Mohammad Husnain and cricket sensation Naseem Shah in a tweet as the youngest players to score hat-tricks in worldwide cricket.

“Youngest hat-trick heroes! The youngest bowlers to take hat-tricks in international cricket across all three formats are from Pakistan,” the PCB captioned the post.

The youngest bowlers to take hat-tricks in international cricket across all three formats are from Pakistan.#DidYouKnow | #HarHaalMainCricket pic.twitter.com/VXDXcYBKT3

Aqib Javed, who is currently 19 years and 81 days old, was named as the youthful player to accomplice hat-trick in ODI cricket.

Mohammad Husnain, who is presently 19-year 183 days old, was named as the youngest bowler to achieve the stunt in the T20 format.

16-year-old Naseem Shah has been named as the youngest fast bowler to take a Test hat-trick.

Another Pakistani bowler to accomplish the Test hat-trick was Wasim Akram. In fact, Akram obtained this honour twice in the span of nine day in March 2002 while playing against Sri Lanka.

Akram is among four players to achieve the title twice. To this day, he is the only bowler to get a hat-trick while being the team captain.