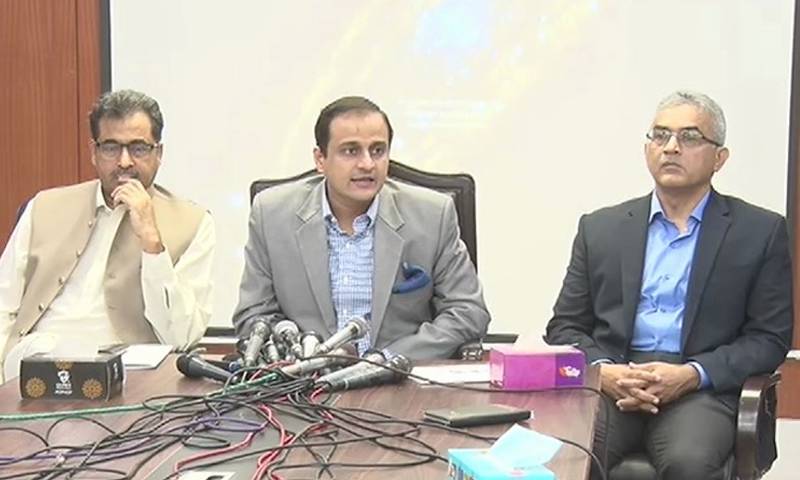 KARACHI – Syed Khurram, deputy inspector general of the Sindh Counter-Terrorism Department (CTD), on Thursday blamed the most recent incident of terrorism in the Saddar area of the coastal city on Iran.

“The mastermind of the Saddar blast, Allah Dino, received instructions from Iran through phone calls, the video of which is available [with us]. Dino also received training from Iran,” Khurram said at a press conference alongside Karachi Administrator Murtaza Wahab.

He said, “Dino was an expert in making improvised explosive devices (IEDs). He could be seen taking instructions from Sindhudesh Revolutionary Army (SRA) chief Asghar Shah in the videos.”

Three bomb blasts have taken place in the city over the past few weeks – a suicide bombing at Karachi University, an IED blast in the Saddar area and a blast in Bolton Market.

Karachi Administrator Wahab said that CTD acted on the basis of intelligence.

"Dino detonated the bomb via remote control; he was involved in terrorist activity and was present on the spot," he added.

“The SRA claimed responsibility for the attack as the evidence was being investigated,” Wahab said.

“One civilian was killed and several others were injured in an explosion on May 12. On May 18, the CTD took action with law enforcement agencies,” he added.

Earlier, it was reported that a suspected terrorist who was killed during a joint operation by law enforcement agencies and the CTD in Mauripur, was the mastermind of the bicycle bombing in Saddar.

CTD sources said the slain suspect, identified as Allah Dino, had parked the bicycle in which a bomb was planted.

He was present close to the scene at the time of the explosion and he detonated the bomb via remote. The sources said the alleged terrorist was seen with the same bicycle in several CCTV footage retrieved by the police in the Saddar area.

The other terrorist killed in the encounter was Nawab Ali, possibly a facilitator. Further information was being collected in this regard.