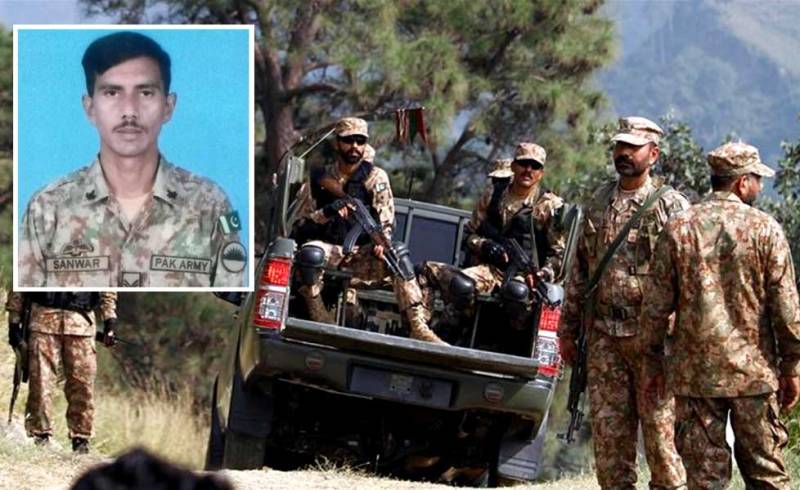 WANA – A soldier of the Pakistan Army embraced martyrdom when an improvised explosive device (IED) went off in a general area of South Waziristan district, the military said Thursday.

A statement issued by Inter-Services Public Relations said 39-year-old Havaldar Muhammad Sanwar, who hailed from Jhelum, embraced martyrdom when an improvised explosive device exploded on a military convoy in the mountainous region of northwest Pakistan.

Security forces cordoned off the area to apprehend the terrorists involved in planting the device while a clearance operation is underway.

Meanwhile, the armed forces killed a terrorist during an intelligence-based operation (IBO) in the Mir Ali area of North Waziristan. The slain terrorist was identified as Muhammad Altaf.

PESHAWAR – Pakistani government and the banned group Tehreek e Taliban Pakistan have agreed to a short-term ...

Meanwhile, Tehreek e Taliban Pakistan has confirmed extending a ceasefire with the Pakistani government until May 30, after the two sides held an initial round of talks hosted by Taliban rulers in neighboring Afghanistan.