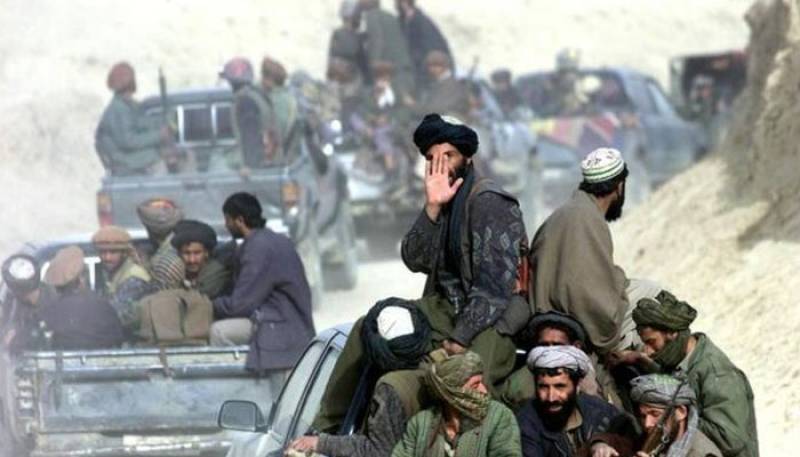 ISLAMABAD - An Al-Qaeda operative Umar Jalal Kathio was reported to have been arrested in an intelligence-based operation in the Sindh capital.

The UK-based organisation Islamic Theology of Counter-Terrorism (ITCT) reports that Umar Jalal Kathio was among the multiple al-Qaeda operatives arrested from Karachi a few days ago.

Kathio and his wife were reportedly shifted to an undisclosed location, however, it has emerged that the militant was arrested a couple of years back.

"The timing of the announcement of these arrests is interesting since it comes right after President Trump said some unsavory things about Pakistan in an interview, which made waves in Pakistan."

The reports went viral a day after US President Donald Trump slammed Pakistan for what he said ‘doing nothing for the US’ and alleged that the country sheltered Al Qaeda leader Osama bin Laden for years.

ISLAMABAD - US President Donald Trump has once again unleashed rant against Pakistan, accusing it of not having done a ...

On Monday, in a series of tweets, Pakistan's prime minister responded that Pakistan had suffered 75,000 casualties and lost $123 billion in the "US War on Terror" that followed 9/11, despite the fact that no Pakistanis were involved in the attacks.

Record needs to be put straight on Mr Trump's tirade against Pakistan: 1. No Pakistani was involved in 9/11 but Pak decided to participate in US War on Terror. 2. Pakistan suffered 75,000 casualties in this war & over $123 bn was lost to economy. US "aid" was a miniscule $20 bn.

3. Our tribal areas were devastated & millions of ppl uprooted from their homes. The war drastically impacted lives of ordinary Pakistanis. 4. Pak continues to provide free lines of ground & air communications(GLOCs/ALOCs).Can Mr Trump name another ally that gave such sacrifices?

Instead of making Pakistan a scapegoat for their failures, the US should do a serious assessment of why, despite 140000 NATO troops plus 250,000 Afghan troops & reportedly $1 trillion spent on war in Afghanistan, the Taliban today are stronger than before.

Imran Khan maintains the US has only provided a "miniscule" $20 billion in aid.

Islamic Theology of Counter-Terrorism (ITCT) has now clarified that Kathio was arrested in 2016 and had no link with Ayman al Zawahiri as reported earlier.

Following his stint with al-Qaeda as a close associate of bin Laden, Umar Jalal joined the Islamic State group along with his wife, and continued to carry out terrorist operations in Sindh province of Pakistan.

During his time with al-Qaeda and Islamic State, Umar Jalal was responsible for arranging funds and equipment for terrorist attacks.