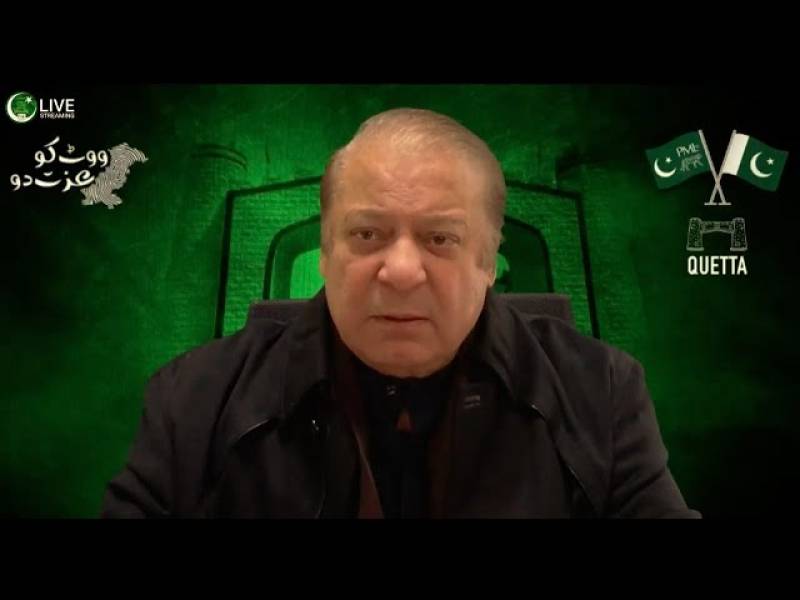 ISLAMABAD – The Islamabad High Court (IHC) on Thursday refused to provide relief to the former Prime Minister Nawaz Sharif for being a ‘proclaimed offender’ in multiple corruption cases.

IHC Chief Justice Ather Minallah passed remarks while hearing a petition filled by a group of renowned journalists against a ban imposed by Pemra on airing of speeches and interview of Pakistan Muslim League Nawaz (PML-N) leader Nawaz Sharif.

The chief justice added that the court could not extend relief to any fugitive from justice even if the ban imposed by the regulatory body was illegal.

Justice Minhalla remarked that Nawaz Sharif’s CNIC and passport had been blocked. If the plea is granted, all fugitives will be entitled to such relief, he highlighted.

The hearing was adjourned until December 16, 2020.

The petition comes over a month after the Pakistan Electronic Media Regulatory Authority (Pemra) banned broadcast and rebroadcast of any speech, interview or public address of absconders or proclaimed offenders.

The official Twitter handle of Pakistan Tehreek-e-Insaf (PTI) was quick to respond: "Journalists are meant to be unbiased politically & not supposed to be a party worker."

The regulatory body, in a statement, prohibited the broadcasting of content including commentary, opinions or suggestions about the potential fate of sub-judice matter which tends to prejudice the determination by a court and a tribunal in compliance with the order passed by the Supreme Court of Pakistan.

"If licensee fails to comply with the aforementioned directives, the authority shall take action under Section 29 and 30 of PEMRA Ordinance which may result in imposition of fine and suspension/revocation of licence," it added.

Sharif had left for London late last year after securing bail for medical treatment in the Chaudhry Sugar Mills case and the Al Azizia reference.

The Supreme Court, on July 28, 2017 had disqualified Nawaz in the Panama Papers case and ordered the NAB to file separate cases which were respectively called Avenfiled, Al-Azizia and Flagship references.