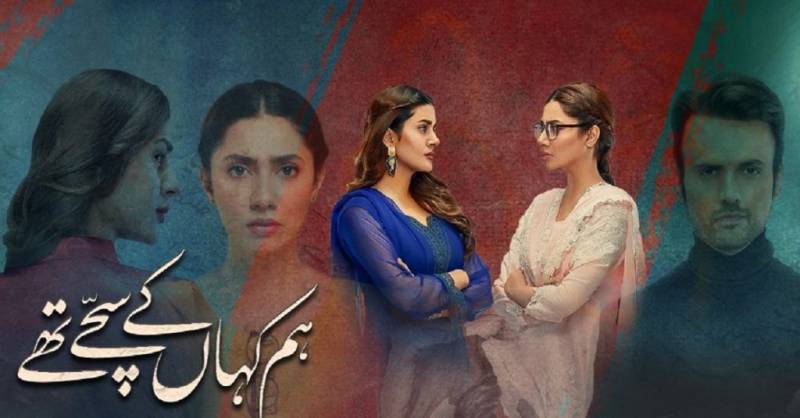 Unfortunately, the thrilling drama fell prey to the prolonged and lethargic pace which the audience are finding hard to digest.

Keeping in view that the drama is a heart-rending depiction of the complexities of relationships, Mehreen and Aswad's relationship has taken a turn towards toxicity after Mashal's death.

While the episode has left the audience heaping praises over the performances, hilarious memes have been pouring on the web over the excessive use of the OST Tere Bin and repeating dialogues.

#HumKahanKeSachayThay adding to the everyday depression with Aswad and Tere Bin playing on loop in the background pic.twitter.com/sK0RYCcEmi

interviewer: So umera ahmed what do you think makes a relationship last a lifetime

Please this one is soooo apt. Kaan pak gaye hain ab. I literally used to like the ost but the show and the excessive & unnecessary usage of the ost has made me hate it to the peak.???? #humkahankesachaythay pic.twitter.com/5VHS5tkMpR

This drama is already moving with the pace of tortoise...So, I won't mind if they dedicate 2-3 episodes to Aswad only. In which he just keeps on slapping himself, banging his head against a wall would be better... Purely Aswad centric episodes I want????????????????#HumKahanKeSachayThay pic.twitter.com/6ZAGkiWQtU

Aswad is either in complete denial or extremely sure of himself for him to practically intimidate and force Mehreen to apologise for something he’s clearly done as he is the fuckboy that collectively ruined Mehreen and Mashal’s lives pic.twitter.com/dzHPiSbMG8

Penned by legendary writer Umera Ahmed, the highly popular drama serial is an avalanche of emotions.

Rapid-fire rounds on talk shows are fiery and spontaneous with some interesting revelations that give headline grab ...