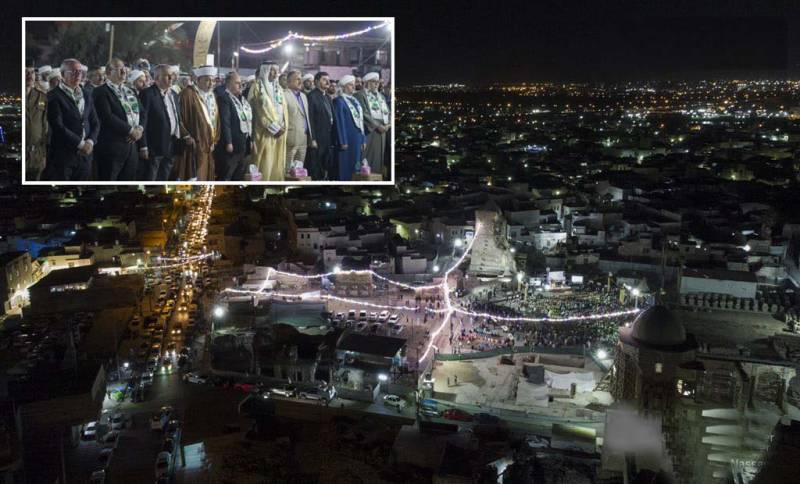 BAGHDAD – Hundreds of Muslims gathered in northern Iraq to pray and celebrate in Mosul’s historic Al-Nuri Mosque – years after it was destroyed by Daesh.

The first ceremony, which occurred around four years later, came amid efforts by the United Nations and the United Arab Emirates to rebuild Mosul's 12th-century mosque.

Celebrations for the Holy Prophet’s birthday started with lights illuminating in the area while a large number of worshippers were spotted praying in the mosque.

UNESCO also shared a tweet stating “Mosul is rising again, a part of the celebration of Prophet Mohammed’s birthday at Al Nuri Mosque, after many years of absence”.

A part of the celebration of Prophet Muhammad’s birthday at Al-Nouri Mosque, after many years of absence.

UNESCO launched the “revive the spirit of Mosul” project aimed to restore the country's religious heritage. The project included rebuilding the historic mosque other than the 800-year-old Al Tahera Church and Al Saa'a Monastery.

UAE donated more than $50 million to fund the restoration project which will create employment and training opportunities for local nationals.

ISTANBUL – Turkish President Recep Tayyip Erdogan on Sunday paid a visit to the Hagia Sophia, days ahead of the ...