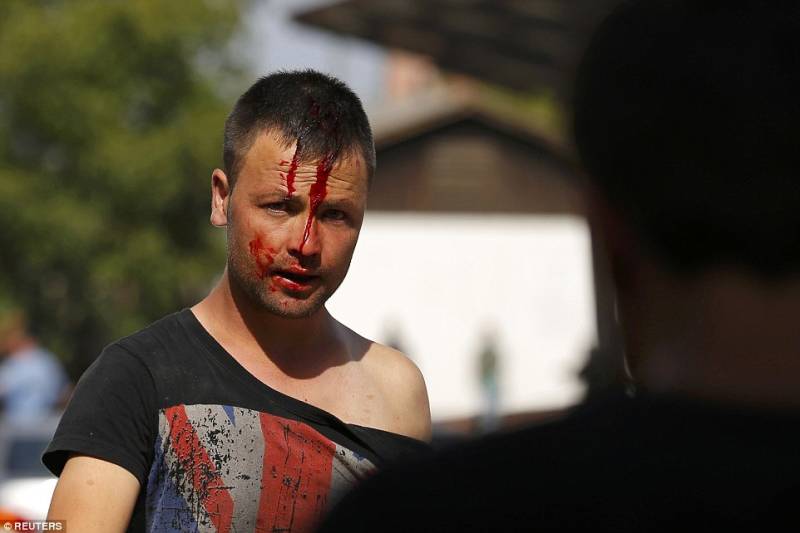 ZAGREB, Croatia (Web Desk) - Bloody violence has broken out between Syrian and Afghan migrants this afternoon after they were seen fighting to board trains across Croatia.

Rocks, smashed glass bottles and sticks were used as violence broke out at the Beli Manastir train station in the northeast of the country, reported Mail Online. A number of migrants were injured during the clashes while police officers used batons as they tried to break up the fight, which started at the ticket office. The chaotic scenes unfolded as Hungary continued to build a giant fence along the Croatian border - just days after sealing off access from Serbia with a 100 mile razor-wire barrier. Prime Minister Viktor Orban said a 'fast-solution' fence will be finished on a 26 mile stretch of the border - where the two countries are not divided by a river - by the end of today.

Hundreds of Hungarian troops are being called in to help build the barrier just days after the country erected a huge fence along its border with Serbia.