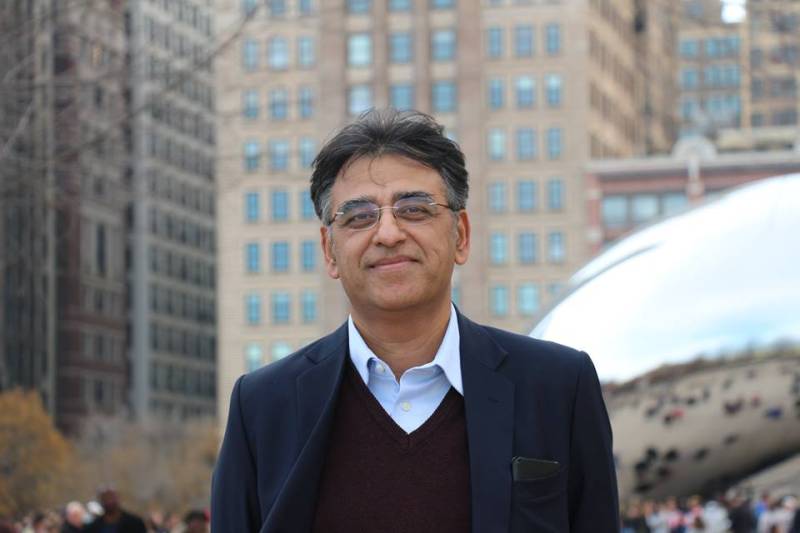 The first budgetary exercise of the new political administration in Islamabad – though primarily a supplement to the budget already presented and approved by the previous government – does bring some positives but sticks, by and large, to traversing the oft-trodden path.

As of now, PTI’s economic and financial wizards are taking the safe route of hiding behind the ‘difficult times’ mantra and we are yet to see anything substantial putting the country’s economy on solid footings. Hence, ‘bold decisions’, so they claim.

In terms of numbers, the new managers of Pakistan’s economy have come up with a readjustment of some 800 billion rupees, just over 2 % of the country’s GDP. However, they realize that the fiscal deficit, despite these moves, would come down only marginally – from 5.1 % of GDP to 4.9 %. And that too if fiscal discipline is strictly maintained, especially in terms of current expenditure.

The most notable element in the session presenting the ‘mini-budget’ in the National Assembly on September 18, 2018 was the calm and positive environment.  It was good to note the finance minister acknowledging a basic reality: economic woes of today are not the wrong-doing of any particular government alone, but the crisis has a history of some two to three decades. A welcome departure from the campaign rhetoric ruthlessly targeting PMLN’s economic policies.

Besides, the announcement that the allocations made by the previous government for CPEC projects in the Public Sector Development Programme (PSDP) 2018-19 would be ‘protected’ (say continued), is reassuring.  It has to be realized that CPEC has over past four or so fiscal years assumed the position of the main engine of growth for Pakistani economy.

Similarly, positive it is that Rs. 23.7 billion allocations for the Diamer-Bhasha dam is being kept intact, while the donations being collected through dam funds (paltry so far) would supplement the amount. It needs to be seen – as the government hopes – that donations would be enough to bring the completion period of the dam to 6-7 years, from 8-9 years. It has also been announced that allocations for Higher Education Commission – a key human development need for the nation’s burgeoning youth – will be kept unchanged, though ensuring a qualitative impact of the same remains another headache.

On the revenue side, increased taxes on luxury items (plus tobacco and its products) such as costly mobile phones and cars above 1800 CC – though still less than these should actually be – as well as keeping the tax exemptions for those earning up to Rs. 2 lac per month, are positive moves. So is the announcement to increase the minimum pension under EOBI up to Rs. 10,000 per month. Yet, the cumulative impact of these measures will be quite limited.

Apart from these and some possible other positives, what an economic observer would note with caution is PTI bowing to the pressures of realtors and car manufacturers and dealers in the name of providing an incentive to the overseas Pakistanis.

The move by the previous government to ban the sale of properties above Rs. 4 million price and cars to non-filers may be debated as far as the ‘rights’ are concerned. But as far as the economic logic goes, it was set to incentivise filing and thus, broaden the tax base. This indeed is a step backwards, without any out-of-the-box thinking to carve a way out for overseas Pakistanis. Moreover, taxing the banking transactions by 0.6 % instead of 0.4 % will encourage cash dealings and discourage business depositors. State Bank of Pakistan (SBP) had already noted the negative impact on deposits of such as tax a year or so ago.

Whenever the rulers have to hide their lack of innovation behind the ‘inherited economic crisis’, the axe always falls on the development spending. This time around again, a quarter of PSDP of over Rs. one trillion approved by the previous government is being slashed to ‘rationalize’ it. However, this raises two key questions: what really is the ‘core development’ expenditure in the new government’s terminology; and what will become of the schemes like Benazir Income Support Programme (BISP).

Importantly, it raises some doubts about the continuity of CPEC allocations despite the promise when the finance minister says that ‘innovative financing’ would meet National Highway Authority’s (NHA) some 100 billion rupees allocation for the ongoing fiscal.

Whether the growth target of 6 % for 2018-19 can be achieved with this major cut in government’s development spending?

We hear nothing about curtailing, or at least containing the current expenditure. What are the government’s plans to check the inflationary aspect of gas and electricity price hike – though downplayed – is also yet to be made public.

While PTI and Imran Khan himself have been making a strong case against loans taken by previous governments, the supplementary budgetary exercise touches neither the external loans’ target of over Rs. 1118 billion for the domestic bank borrowing of Rs. 1015 billion came into question in this exercise. The targets set by the previous PMLN government remain unchanged, meaning that PTI team would continue with the practice of running the country – at least for the ongoing fiscal – on borrowed resources.

The never-ending practice of pampering the already pampered export industries also sees no change, at least for now. Any major jump in exports is not possible without a solid, well-thought-out diversification drive – not only in terms of destinations but also, more so, for what we export and what we must.

We are made to wait that a set of comprehensive reforms for the economy will be unfolded in a month or so. It takes time, not doubt. But as far as the ‘mini-budget’ is concerned, it brings forth no substantial move except for minor tweaking here and there.