Pakistan declines Indian request to allow Modi’s flight to US 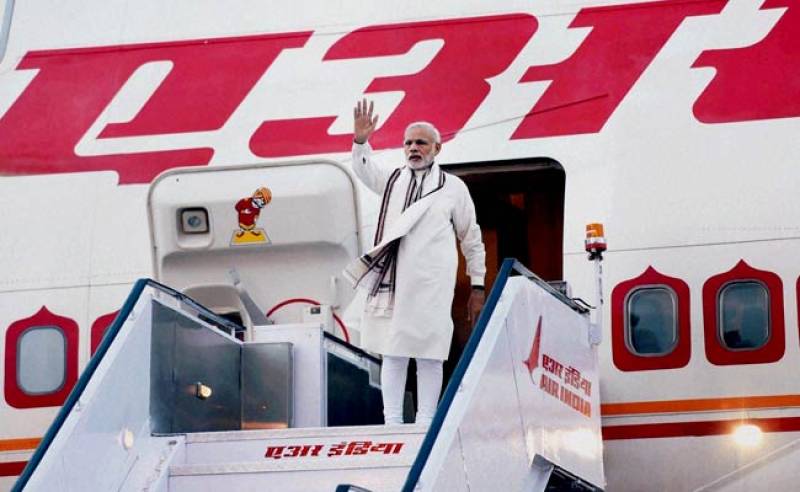 ISLAMABAD – Pakistan has turned down an overflight request by India for Prime Minister Narendra Modi's upcoming trip to the United States.

The longer route that Air India One will now take will increase the flying time for the Delhi-Frankfurt (fuelling halt for onward flight to Houston) leg of AI One by 45-50 minutes. Pakistan had earlier this month turned down a similar request by the President, Ram Nath Kovind when he flew to Europe.

ISLAMABAD - Pakistan has decided to deny a request made by Indian President Ram Nath Kovind to allow the use of its ...

Pakistan had closed its airspace for overflying on February 27 following an aerial engagement between the air forces of two countries over the disputed Kashmir region and had re-opened the same after 138 days on July 16. During this time all flights between Delhi and the west took the longer route.

In June Prime Minister Modi flew from Delhi to Bishkek. Due to the longer route, AI One covered a distance of 5,475 km with a block time (time from when aircraft door closes for departure to when it opens at destination on landing) of 6 hours and 30 minutes. The straight route over Pakistan would have meant covering a distance 2,585 km in a block time of 3 hours and 45 minutes. Taking the longer route from Delhi to Gujarat-Arabian Sea-Oman-Iran-Central Asia-Bishkek meant covering 2,890 km extra and increased flying time of two hours and 45 minutes.