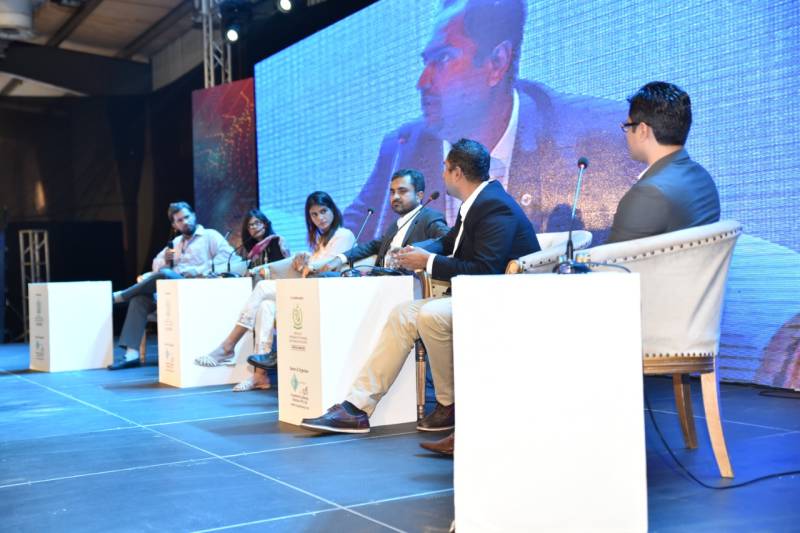 KARACHI - Pakistan entrepreneurs need to unleash their potential and capabilities through ICT-based projects in order to expand knowledge economy in the society which is the key to sustainable prosperity in the county.

These views were expressed by speakers at the seminars on “Transformation Towards Knowledge Economy” held at 19th ITCN Asia.

Speakers said the knowledge economy paves the way toward a new lifestyle among its stakeholders and consumers impacting positively to expand a knowledge-based society within the country for sustainable development and prosperity among the masses.

Pakistan is lagging behind in the ranking of the knowledge economy as it stands at number 6 in Asia, which is far below of its potential in terms of availability of resources and human capital.

Director Pakistan Software Export Board Salman Hasan said the government has realized the importance of ICT applications in the business and entrepreneurship hence it will give tax holiday of 3 years to the startups operating its business in IT or other industries.

Speakers of the view that the capacity building of human capital is indispensable to promote the culture of startups in the country besides ensuring an adequate pool of funding for these emerging business falling under the category of SMEs.

Startups in Pakistan are innovative and cost-effective in operations posing challenges to the traditional style of doing business in different sectors such as IT, e-commerce, agriculture and manufacturing, he added.

According to State Bank of Pakistan (SBP), the domestic startup activity in Pakistan is on the rise, attributed in part to a maturing support system. At present, around 52 incubation and acceleration programs exist in the country from which 7-15 startups are graduating every year.

Thus, a conservative estimate would put the number of startups that came out in 2017 alone at around 500. In addition to incubators and accelerators, the startup ecosystem has been strengthened further by co-working spaces; 11 fellowship programs; the growing scale of angel investment; and the launch of local chapters of global initiatives like Startup Weekend, Startup Grind, Lean Startup Machine, and Startup Cup. Furthermore, Google Developer Group and Google Business Group meetings are now being held regularly in the country, and the launch of local chapters of the Organization of Pakistani Entrepreneurs (OPEN) and The Indus Entrepreneurs (TiE) has also added vibrancy to domestic startup activity.

It has been observed that it is easier to raise VC funding in developed markets than in Pakistan for Pakistani startups. This is primarily because venture capitalists tend to be more comfortable about their investment when the startup is incorporated in the developed economy. On this note, Security and Exchange Commission of Pakistan (SECP) introduced regulations to streamline venture capital and private equity funding in Pakistan.  As per SECP, there were two private equity funds and two private equity companies registered with the commission at end-May 2018, with total assets of around Rs 5 billion and Rs 170 million respectively. As a result of all these developments, investment in startups is gradually picking up in Pakistan. While the amount of funding received is undisclosed for a number of deals, the disclosed investment in 2015 alone was US$ 155.4 million.

Director General Trade Development Authority (TDAP) Riaz Ahmed Shaikh said Pakistan’s local products are attractive in different markets but their exports’ potential to various countries has not been explored as yet.

Citing examples of various famous brands, he said companies did not embraced technological advancement in the past are struggling these days for its existence.

Our traders and manufacturers should upgrade their technology and products time to time to exist in the local and exportable market, he said and added TDAP initiated a training program for exporters.