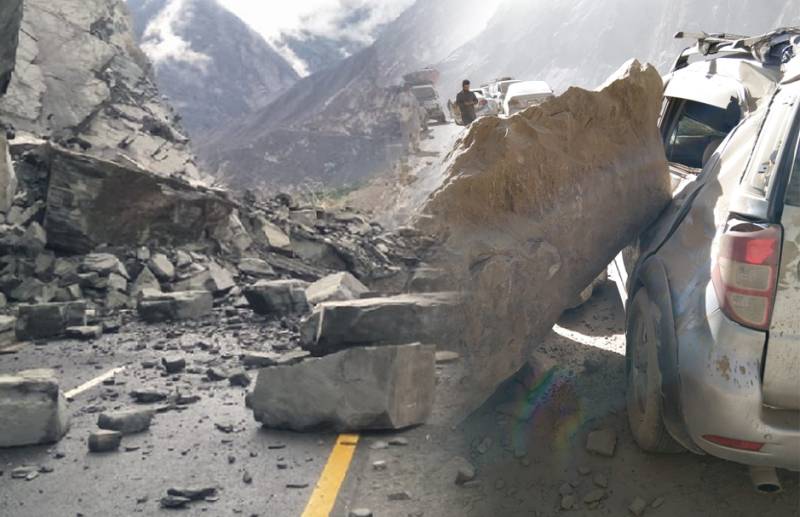 GILGIT – An earthquake of 4.3 magnitude has set off landslides in the northernmost region injuring several passengers on Monday.

The earthquake was 70km southwest of Gilgit city in the Hindu Kush and its depth was recorded at 40km.

The tremors were felt around 9:30 in the morning in the lower and upper regions of Roundu area of Skardu – Gilgit Baltistan’s famous tourist spot.

Local residents told media that the shocks caused the stones to roll down the mountains, blocking GB road and the highways of Ganji and other upper areas.

Meanwhile, no loss of life has been reported so far while several passengers were injured and some of the vehicles were damaged.