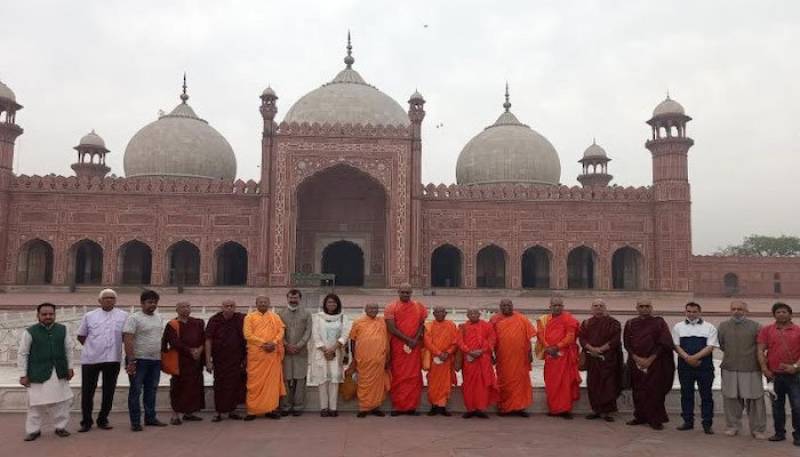 He acknowledged that Pakistan has always extended help to Sri Lanka in difficult times, including assistance to curb terrorism. He hoped that the Pakistan government would take further measures for the promotion of religious tourism.

The delegation is in Pakistan on a week-long religious pilgrimage to various Buddhist heritage sites, which has been arranged by the High Commission of Pakistan Colombo with a view to promote religious tourism in Pakistan.

Pakistan is home to the ancient Buddhist civilization which has remained hidden from the eyes of the world over the years.

PESHAWAR – Police in northwestern Pakistan have arrested four people in connection with the destruction of a ...