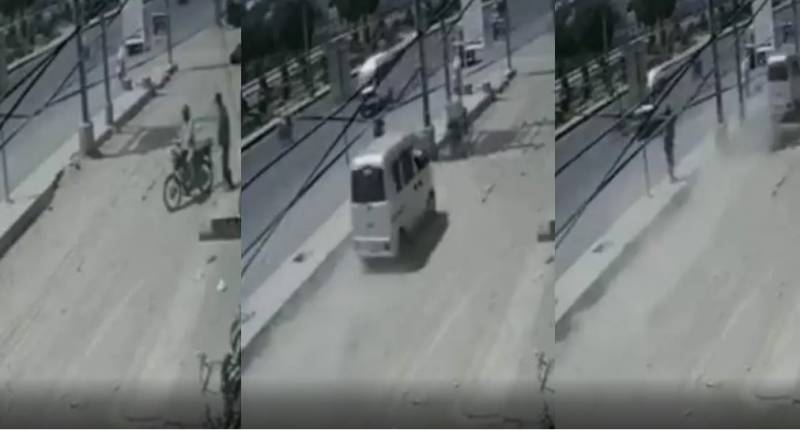 KARACHI – Two of the suspected muggers got injured after a minivan driver crushed them twice as they were apparently trying to rob a civilian at gunpoint.

The latest escapade, recorded in the CCTV footage, shows how citizens take law into their own hands when the state failed to provide safety to its people.

In the clip of criminal Karma, the muggers can be seen robbing a man at gunpoint while a passerby minivan hit the muggers as they tried to run away on a motorbike. That’s not the end as upon seeing them on their feet again, the furious driver returned and crushed the snatchers with full throttle.

Live GTA gameplay on the streets of Karachi. Kudos to the guy who risked his life and car to crush the snatchers/thieves! pic.twitter.com/nFhVQAglKM

Later, the rider could not be seen in the clip while the injured accomplice can be seen crossing the road.

During the first quarter of 2021, all records of the same period last year stood broken; as more than 30 people were killed while resisting armed robberies and mugging attempts in Karachi. People lost millions of rupees in armed robberies and snatching at gunpoint with no district of the metropolis remaining safe from the reach of thugs.