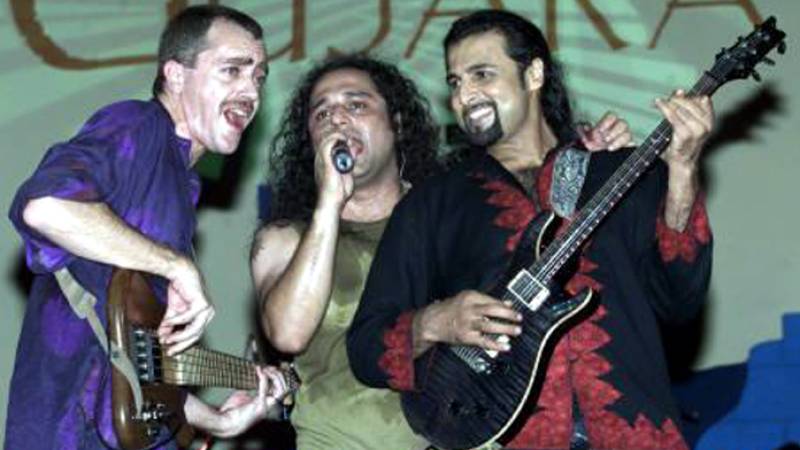 LAHORE - The popular Pakistani music band Junoon is going to visit the UK for two back to back concerts going to be held on August 25 and August 26.

The first concert , entitled The Comeback Tour, will be held at the SSE Arena in Wembley, a town in North West London , while the other concert will be held the following day at the First Direct Arena in Leeds.

Junoonis in UK, London Aug 25 is for Freedom, join us🎸🎸🎸 pic.twitter.com/3Pj8ZH7VLC

Sharing the news on social media, the band’s lead guitarist Salman Ahmad said, “As a UNGWA I am dedicating August 25 #Junoon rock concert in London to #Kashmir. Its silenced millions incarcerated in their own homes require humanitarian assistance.”

In 2008, next to the sparkling waters of Srinagar’s Dal Lake, ‘ Junoon ‘ (Ahmad as a solo act) went live on stage in Indian occupied Kashmir (IoK). In the conflict-torn region, the band was the first global band to perform.