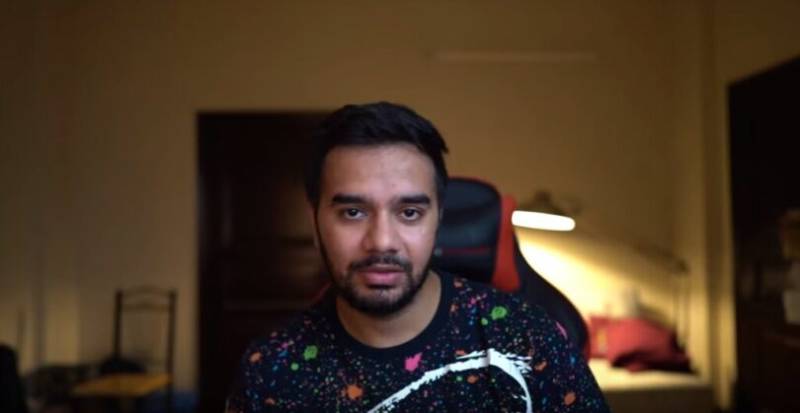 LAHORE- The whole world is aware of the humanitarian crisis which has engulfed Kashmir after India revoked the special status granted to the stated by scrapping article 35A and 370 of the constitution.

There have been UN meetings and countless media opinion pieces but this ongoing Indian oppression in Kashmir has been most highlighted through the words of influential celebrities.

However, Pakistani vlogger Irfan Junejo’s thoughts on not making a video about Kashmir started a new debate on ‘partial activism’. Later on, Junaid Akram also gave his two cents on the matter.

“You may cancel me if you want to but I will not make a video about whatever is happening in Kashmir. Not because I support the oppressors or I am afraid of losing Indian followers but because I also didn’t make a video when Quetta Hazaras were protesting with the dead bodies of their family members,” he shared on Twitter.

He then uploaded video, talking about why he shared Indian-American comedian Hasan Minaj’s video on Kashmir on social media.

“I fully support what Hasan Minaj said on the topic. Ap dekh lein ja kewhat he said (You should go and watch). Which is why I shared it on my Instagram story and retweeted it. MKBHD (Marqus Brownlee) never made a video about Trump policies, UK YouTubers didn’t make videos on Brexit. If somebody is talking about this, good for them,” he added. “Ajeeb apne andar sab activist banay hue hain! (Everyone has turned into an activist now).”

Later, the vlogger explained that making videos regarding religious or political matters doesn't make "an ounce of difference." He further added that talking about the Kashmir Issue made him feel guilty for not making any video on Shia genocide or Pulwama.

People are not convinced of Junejo's reasoning and are accusing him of preferring fame and money over humanity:

This is such a stupid analogy! U shld have looked for a better "excuse", 2 wrong don't make a Right. If u didn't raise ur voice before, start now.
I'm sure u use a different approach in business, if u miss out on smthig in Ur old vlog, you tend to catch up in Ur next video!

Just For Few Indian Followers & money, a greedy person is comparing the genocide of Kashmiris by Indian Gov with the target killing by non stage actor ( Supported by RAW & NDS)

He is such a disgrace to Pakistan.#IrfanJunejo