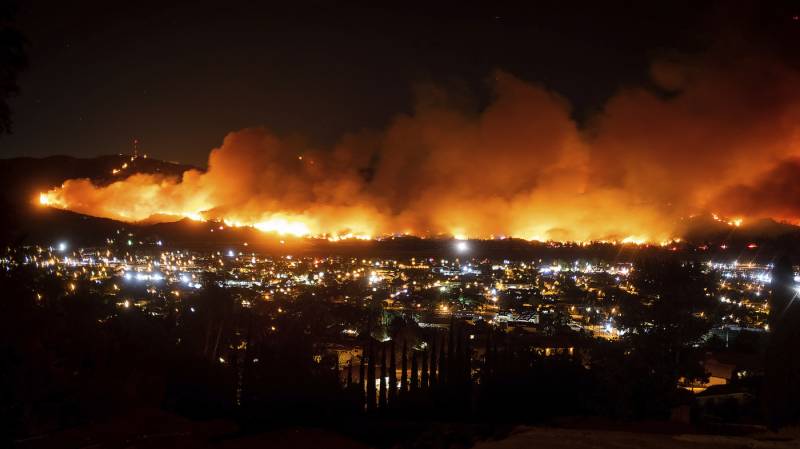 CALIFORNIA - The fires raging across California have turned deadly, after a helicopter pilot, battling one of the state’s smaller fires, died in the craft crashed, amid thousands of firefighters battled to contain 23 major complex blazes across the state.

In Vacaville, residents were urged to evacuate during the night as the wind-whipped flames swallowed dozens of homes.

Evacuation warnings were also issued in other counties where fires sparked by lightning are raging unchecked amid a sweltering heatwave.

The series of fires in that region had destroyed 50 homes, burned through nearly 50,000 acres and were zero percent contained by early Wednesday evening.

In Santa Cruz and San Mateo counties a series of fires called the CZU Lightning Complex forced the shutdown of portions of the iconic coastal Highway 1 as flames came close to the road.