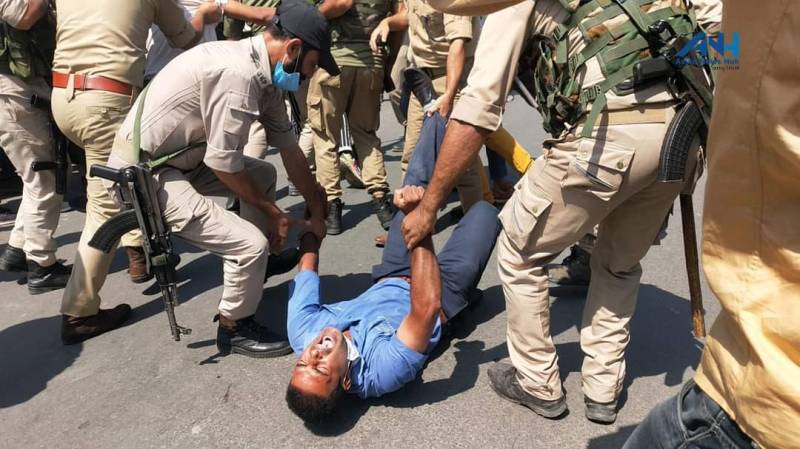 The occupational troops killed the youth during a cordon and search operation at Khrew in Pampore area of J&K's Pulwama district, according to the Kashmir Media Service.

On the other hand, Indian troops launched a massive cordon and search operation in different areas of Sopore town in the morning, with joint teams sealing all entry and exit points leading towards the main market in Sopore.

Meanwhile, Hurriyat leaders and rights organizations have strongly condemned the curbs on Muharram processions and arrest of mourners by Indian police after subjecting them to brute force.

In a statement in Srinagar, Hurriyat leader and President of Jammu and Kashmir Ittehad-ul-Muslimeen, Maulana Masroor Abbas, strongly denounced the use of lethal force on participants of a Muharram procession and arrest of mourners at Jahangir Chowk in Srinagar by Indian police.

Such actions will vitiate the already volatile situation in the occupied territory, he added.

In a statement, Islami Tanzeem-e-Azadi Chairman Abdul Samad Inqilabi termed the restrictions on Muharram processions, use of brute force on mourners and media men by Indian police in Srinagar as the worst display of state terrorism. 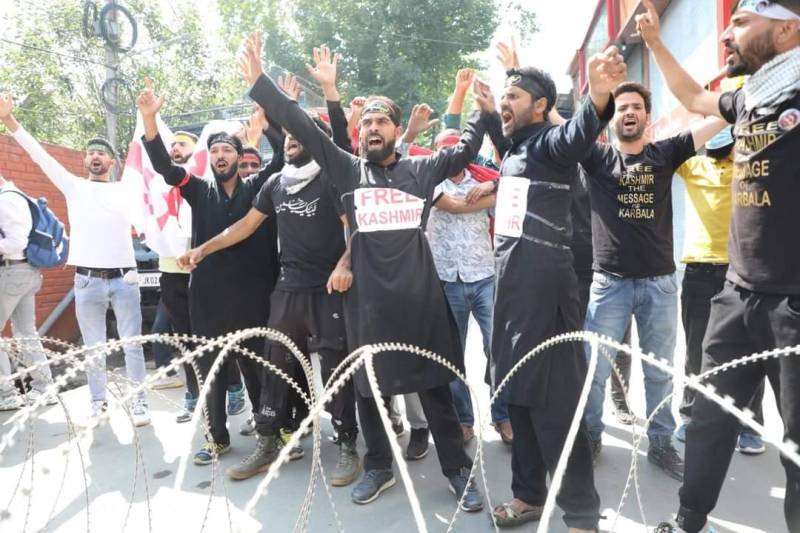 Jammu and Kashmir Mass Moment Secretary Information, Shabbir Ahmed, in a statement said the Narendra Modi-led fascist Indian government is not allowing people of the occupied valley to perform their religious obligations.

He called upon the UN and world human rights organizations to take cognizance of the violation of basic rights of Kashmiri people and denial of religious freedom to them by India.