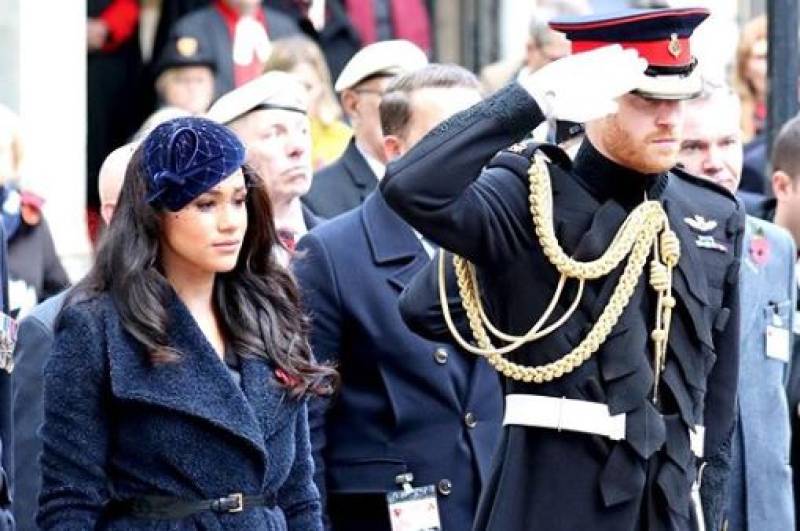 Prince Harry and his wife Meghan will carry out their final public engagements as senior working members of Britain’s Royal family.

Their last events will take place in late February and March before their status changes on March 31, ITV’s Royal editor reported on Wednesday.

This evening, The Duke and Duchess of Sussex attended the annual #WellChildAwards in London. WellChild aims to ensure every child and young person living with serious health needs has the best chance to thrive with the support and medical care needed in the comfort of their own home. The Duke of Sussex became Patron of WellChild in 2007, and last year both The Duke and Duchess attended the awards to honour the children and families that WellChild supports. The Duke, who first came to these awards over a decade ago, shared in his remarks tonight: “Last year when my wife and I attended we knew we were expecting our first child - no one else did at the time, but we did - and I remember squeezing Meghan’s hand so tightly during the awards, both of us thinking what it would be like to be parents one day, and more so, what it would be like to do everything we could to protect and help our child should they be born with immediate challenges or become unwell over time.  And now, as parents, being here and speaking to all of you pulls at my heart strings in a way I could have never understood until I had a child of my own.” • To find out more about tonight’s event and how you can support this very special organisation, please visit @WellChild Photos ©️ PA images

Citing Buckingham Palace, Chris Ship said Harry and Meghan, who abruptly announced their intention in January to step down from their duties as senior Royals, would no longer have an office at Buckingham Palace after April 1.

A palace spokeswoman had no immediate comment. While the duo may have stepped back as senior members of the Royal family, they’ve made clear they’re still ready to support the Queen of England.

According to the Sunday Times, Queen Elizabeth has called upon the Duke and Duchess of Sussex, including baby Archie, to return to the U.K. to attend the annual Commonwealth service.

The event will take place at Westminster Abbey on March 9 as part of their final appearances. The couple is expected to arrive in the country with Archie for official engagements before returning to Canada.

“After many months of reflection and internal discussions, we have chosen to make a transition this year in starting to carve out a progressive new role within this institution. We intend to step back as ‘senior’ members of the Royal Family and work to become financially independent, while continuing to fully support Her Majesty The Queen. It is with your encouragement, particularly over the last few years, that we feel prepared to make this adjustment. We now plan to balance our time between the United Kingdom and North America, continuing to honour our duty to The Queen, the Commonwealth, and our patronages. This geographic balance will enable us to raise our son with an appreciation for the royal tradition into which he was born, while also providing our family with the space to focus on the next chapter, including the launch of our new charitable entity. We look forward to sharing the full details of this exciting next step in due course, as we continue to collaborate with Her Majesty The Queen, The Prince of Wales, The Duke of Cambridge and all relevant parties. Until then, please accept our deepest thanks for your continued support.” - The Duke and Duchess of Sussex For more information, please visit sussexroyal.com (link in bio) Image © PA

The Times sources say the Queen is “remarkably relaxed” and “unfazed” by the Sussexes’ new arrangements, and has said the monarchy must not stand in their way. “If that’s what they want, if they want to go, we must let them go,” the Queen reportedly told friends. Meghan and Harry wrote in their initial statement via Instagram that they wish to ‘carve out a progressive new role in the institution.’

“We intend to step back as ‘senior’ members of the Royal Family and work to become financially independent while continuing to fully support Her Majesty The Queen,” the duo shared on January 8.

Have something to add to the story? Share it in the comments below.