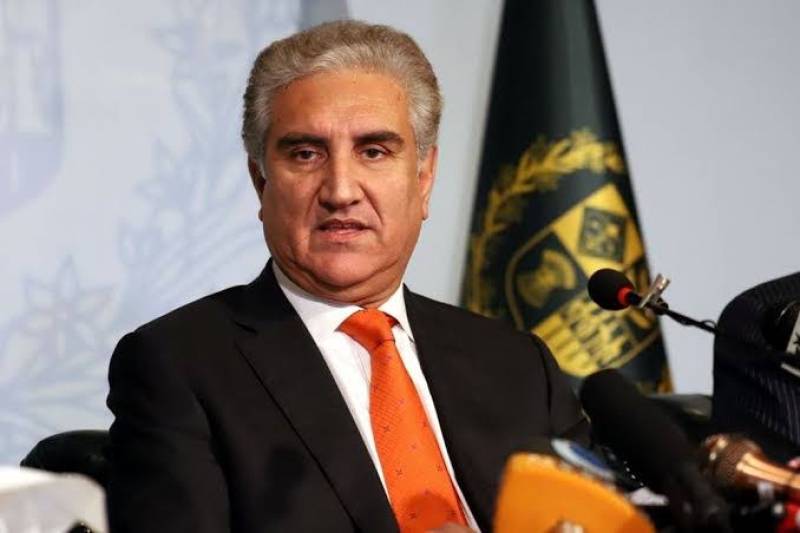 In a tweet, he said he visited Iran, Saudi Arabia, Oman, United States and Qatar on the directives of Prime Minister Imran Khan, and held constructive engagements with his counterparts on efforts to defuse tensions and promote peace in the Middle East.

Also met UNSG @antonioguterres in NY where I underscored the critical importance of the International community’s continued attention to the suffering of Kashmiris under Indian occupation and for this to be resolved in line with UN resolutions and the will of the Kashmiri people. https://t.co/EGK1If7OEk

The Foreign Minister said during his talks with UN Secretary General Antonio Guterres in New York, he underlined the critical importance of International community's continued attention to the sufferings of Kashmiris under Indian occupation, the Radio Pakistan reported.

The Foreign Minister also called for resolving the Kashmir dispute in lines with the UN Security Council's resolutions, and aspirations of the people of Kashmir.