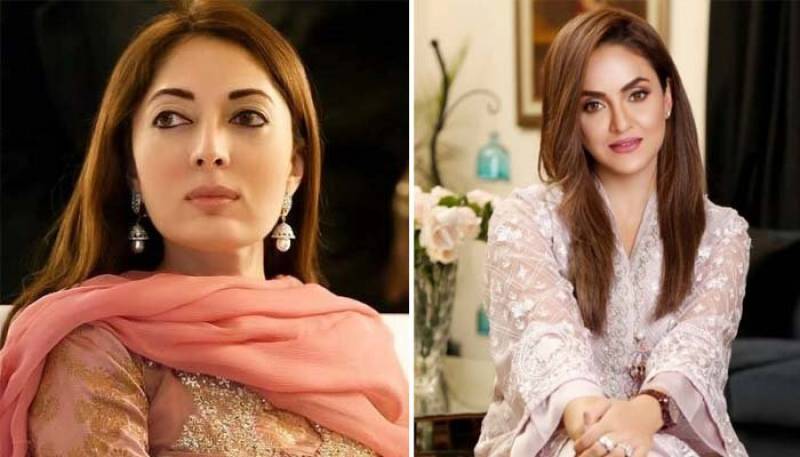 Sharmila shared the development on her Instagram stories. She posted a picture of herself at the FIA office. 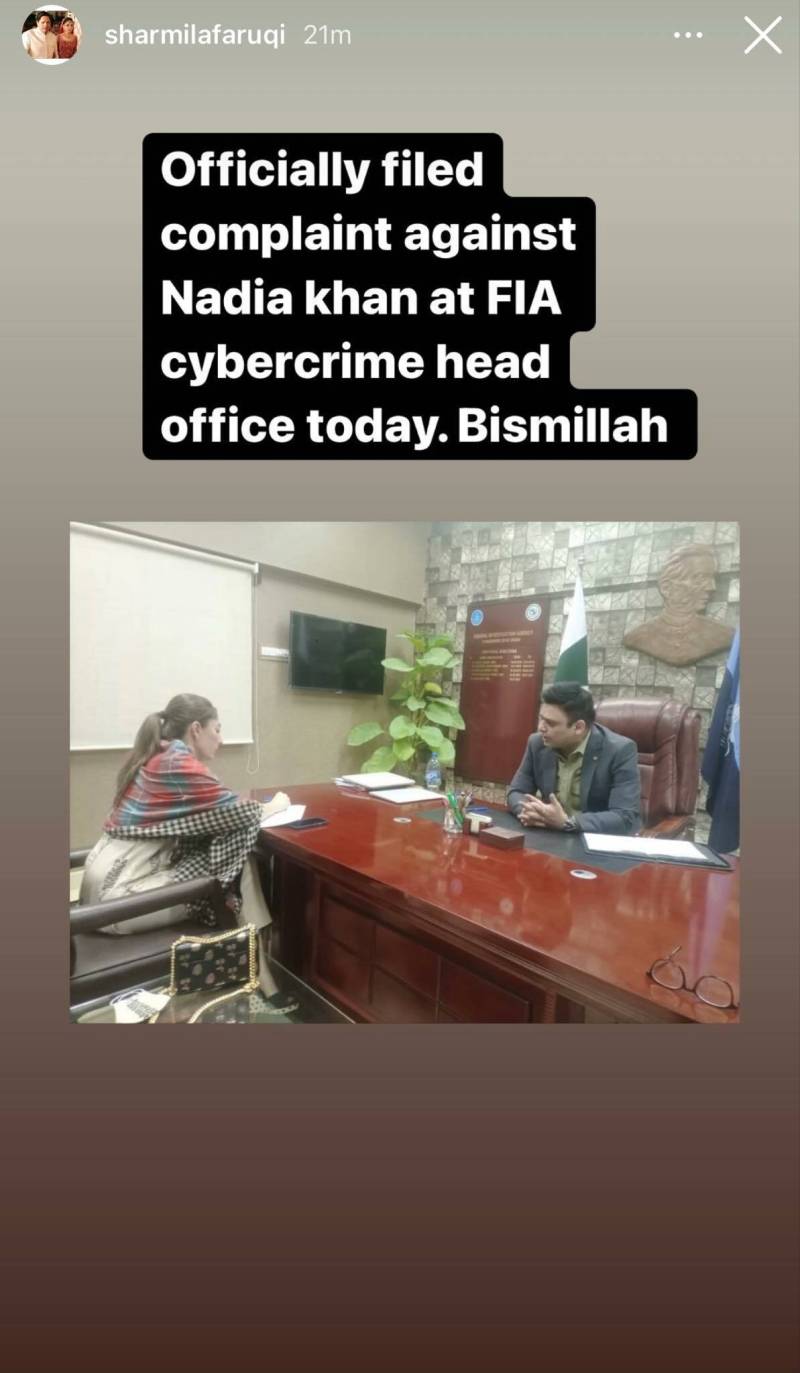 Nadia Khan and Sharmila Faruqui have squared up to each other after former shared a video on social media, apparently mocking the politician’s mother.

In the viral video, Khan can be seen sarcastically praising Anisa, the mother of Sharmila Faruqui, for her bold make up she had worn to attend the wedding of Saboor Aly and Ali Ansari.

"Who does your makeup, it's so beautiful?" the host-cum-actor asks Anisa, who responded that she does it herself. Nadia Khan then asked where she learnt to do makeup and Anisa credited her daughter.

Earlier today, Sharmila addressed the fiasco on her Instagram Stories and also thanked everyone for their support.

"I, for one will never sit back and allow any person to ridicule/mock any woman may it be my mother or yours. It's unfortunate to see a woman gibe at another woman, that too an elderly lady who lost her husband 95 days ago. I will be personally going and filing the complaint at the FIA cyber Crime head office at 3pm today," Sharmila wrote. 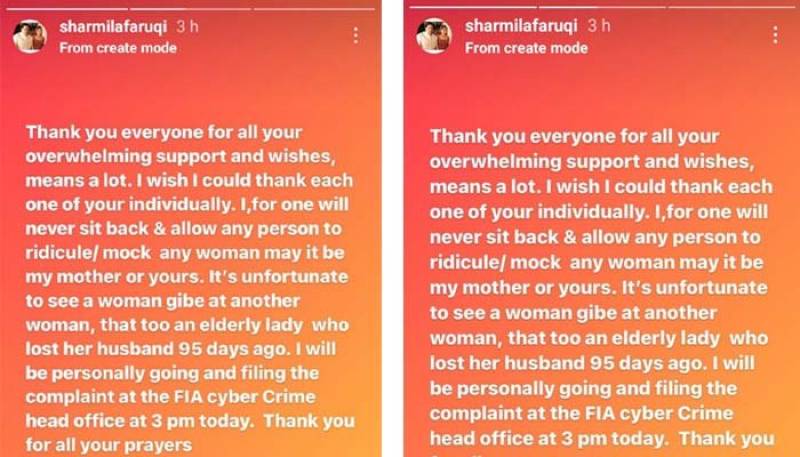 "To all my well wishers expecting me to take a gibe at Nadia Khan's personal polygamy and professional shenanigans, I won't be doing that, simply because that's not how I have been brought up by my parents," she added.

“I respect every individual's personal struggle, private and professional life and would not stoop to the low levels most people do. Will take it up as per law and leave the rest to God. Karma takes its own course. I rest case.. God is great”.

Meanwhile, Nadia Khan talking to a TV channel said that she had deleted the video, adding that she did not want to comment on Sharmila Faruqui's statement.